Title: Creature, Clouds, and L-System
Post by: KlausK on September 07, 2017, 08:24:19 pm
Hi,
this started out as a test to get L-System objects from Houdini into Terragen.
Well, since I have not yet mastered the transfer the L-System got a little lost in the process but a nice little scene evolved.
Cloud Layer v3. Object modeling by me. Added a vignette in PS. C&C welcome as always.
Cheers, Klaus 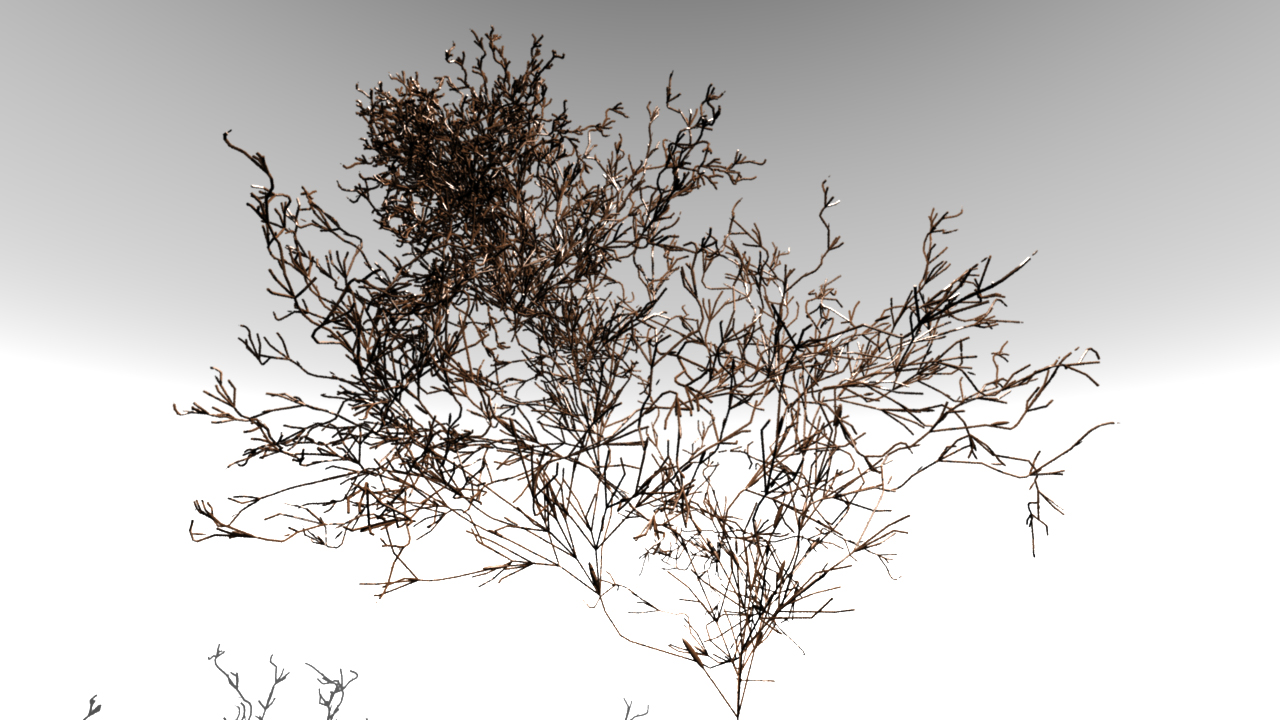 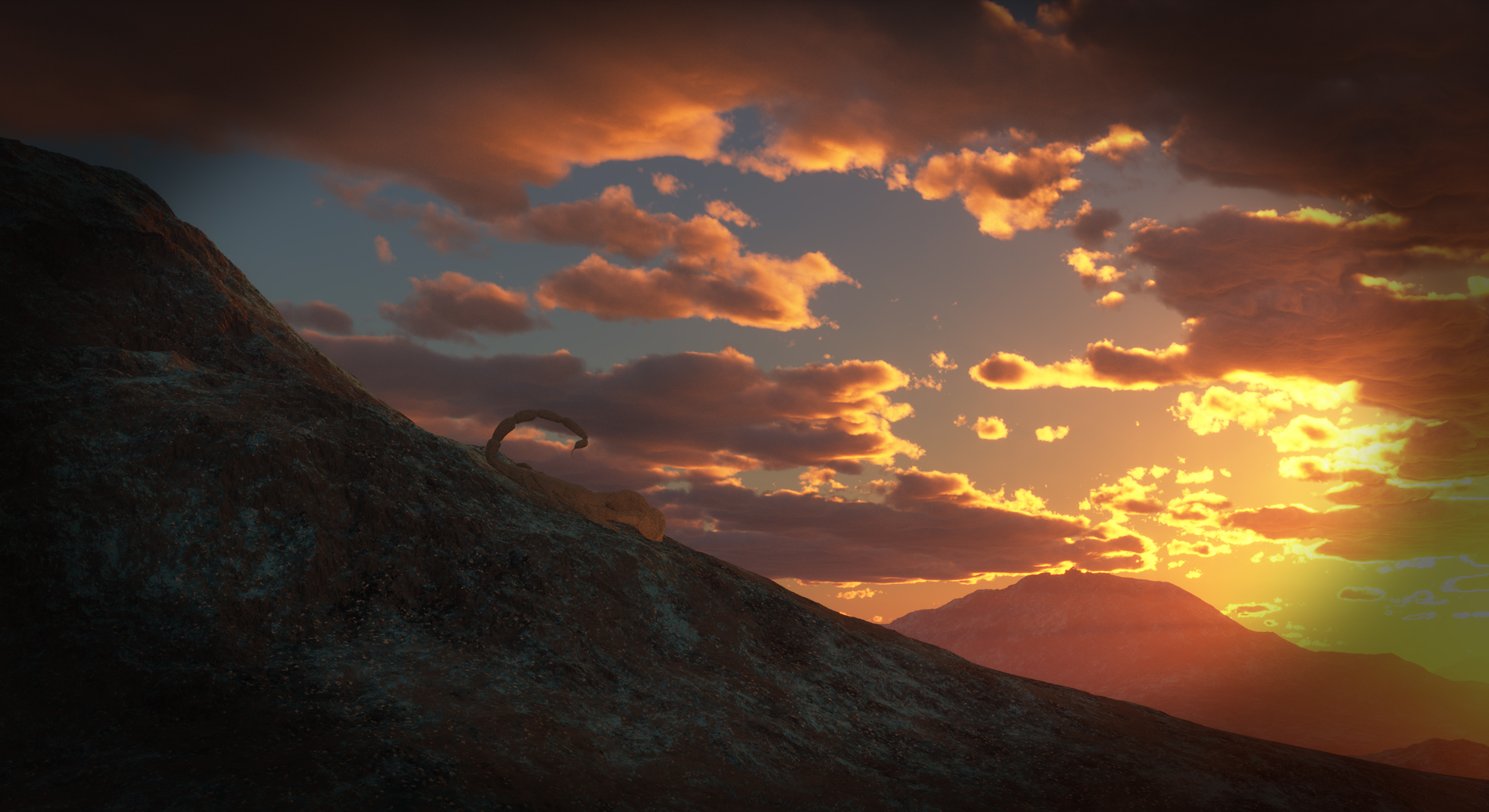 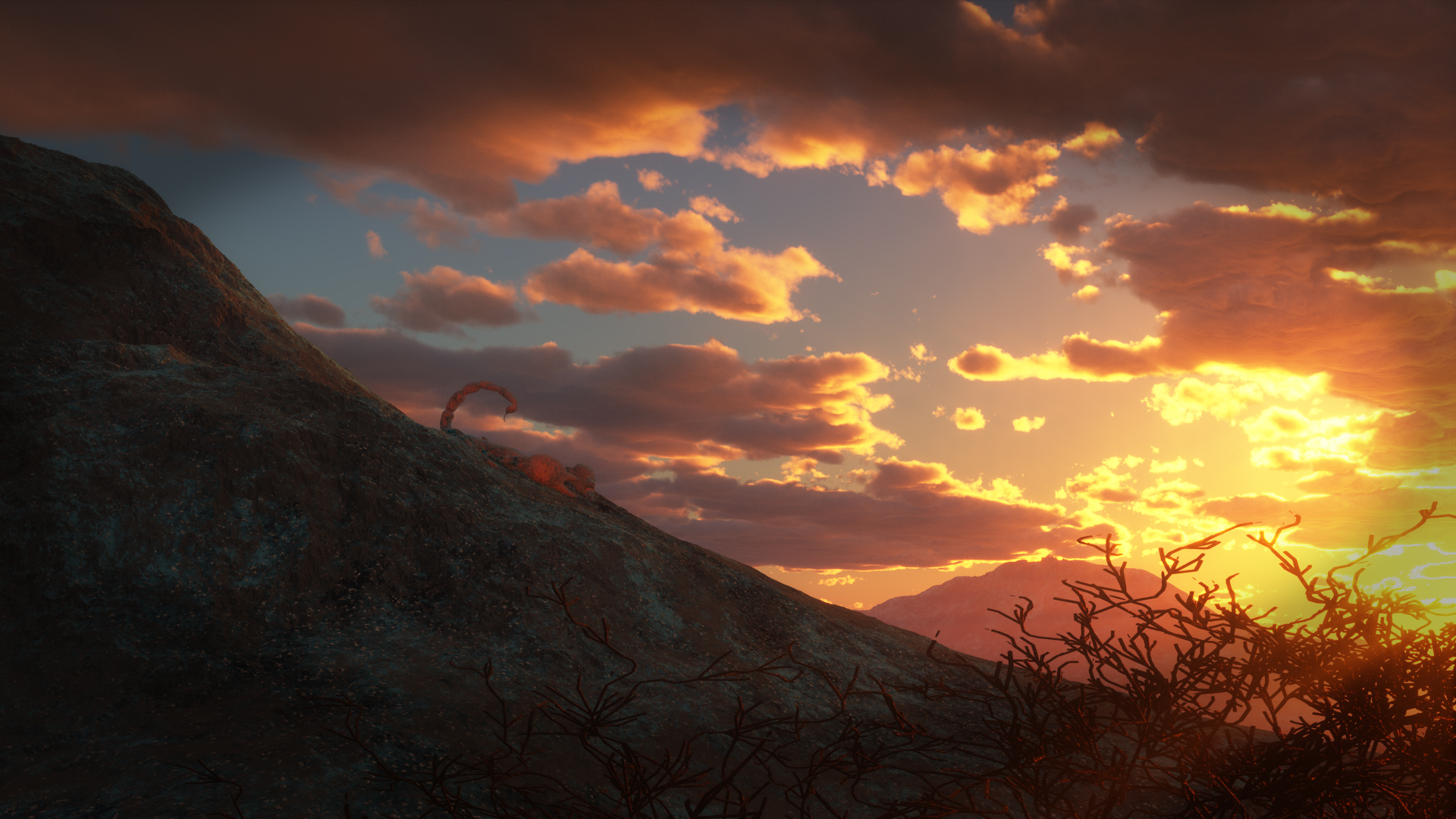 In Houdini one can directly render the L-system as tubes or even as curves.
It is built in. But adding a Polywire node after the L-system is generated gives more control over the generation of a mesh/primitive.
I exported the generated mesh from Houdini as an *.fbx file, opened it in XSI and exported again as *.obj. The smoothness got lost.
Guess, i missed something.

Not sure if you know anything about L-Systems. I collected a few links and Python scripts available for Blender for you.
"Start Small Creating a Blender 2.6 Python add-on" is especially useful. But please don`t blame me if they do not work in the latest Blender ;)
Might give you some hints for starters.
Cheers, Klaus

Title: Re: Creature, Clouds, and L-System
Post by: luvsmuzik on September 08, 2017, 12:32:33 pm
Thanks Klaus! I have watched some lengthy tutorials about making objects for Blender and save these to try later.  :) I still have all my downloads for various versions of Blender, but unlike Terragen, have not been able to isolate and use older versions as Blender is so smart it defaults to newer ones on me. :)  I will see what happens! :)
I am not a code wizard so I am sure there is a work around that, but.....
Title: Re: Creature, Clouds, and L-System
Post by: KlausK on September 11, 2017, 10:25:47 am
Here are some more renders. No creature this time. Those were more about the clouds and the overall atmospheric impression.
The first one could`ve found a place in the "Bad but not too bad to be deleted" thread from Kadri.
The last picture had a render time I did not have anytime before...
Always keen to know what you think.
Cheers, Klaus 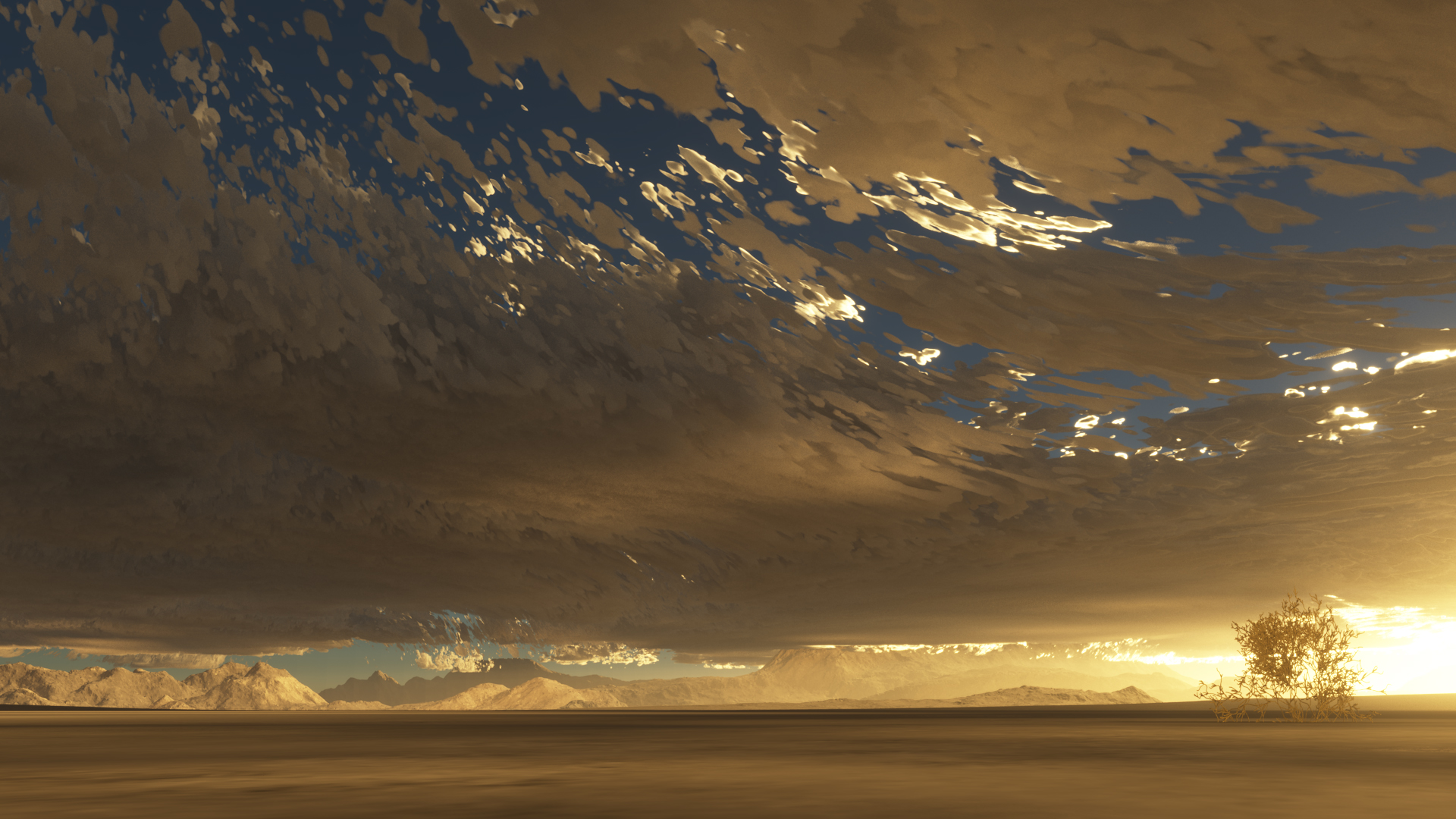 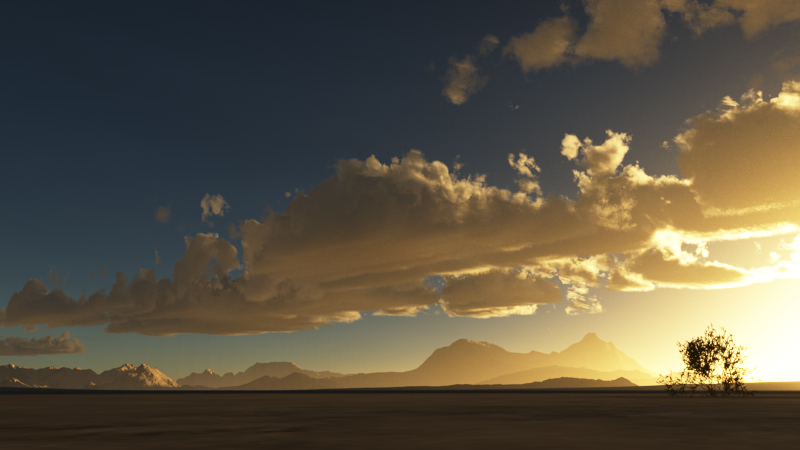 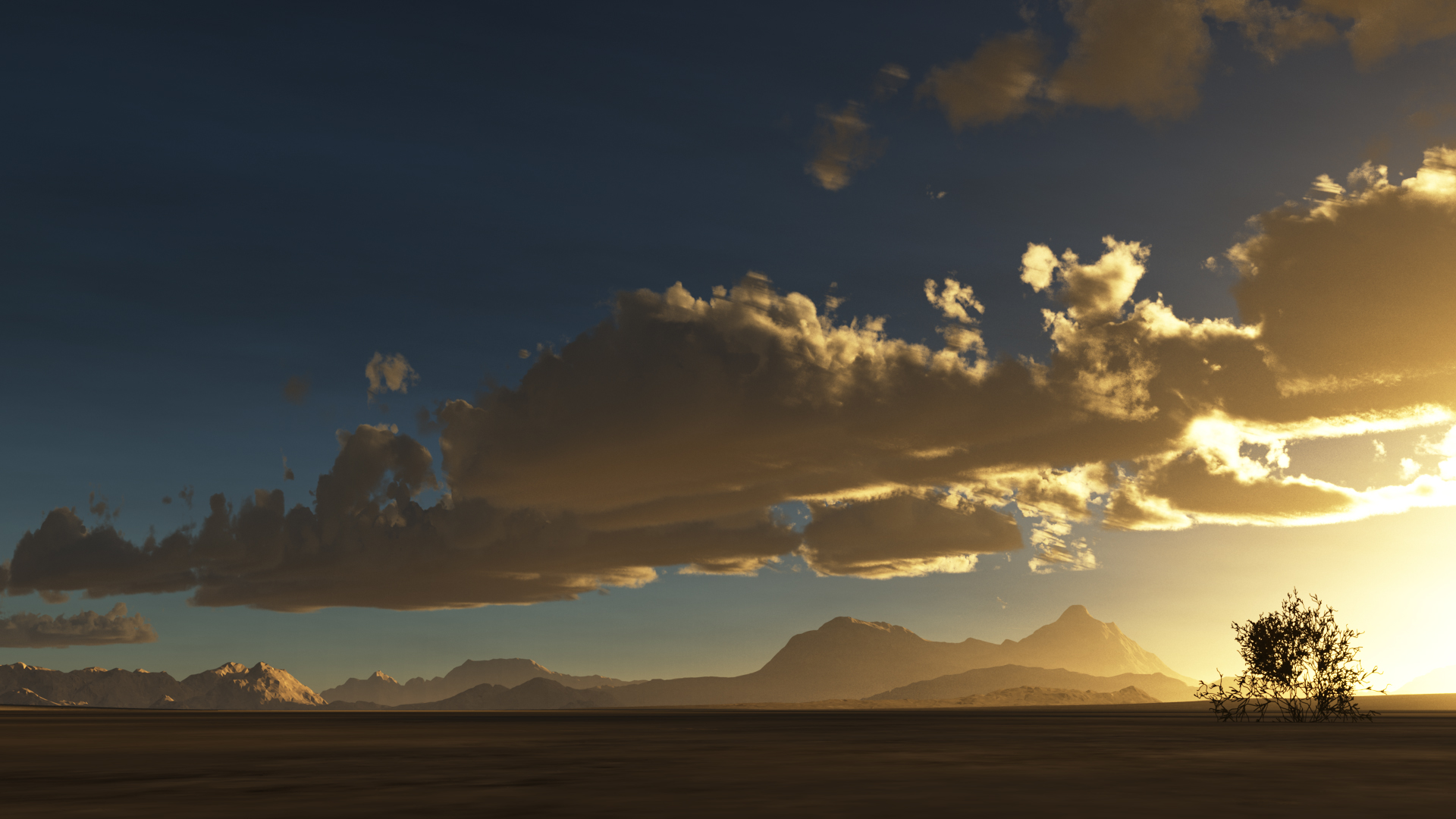 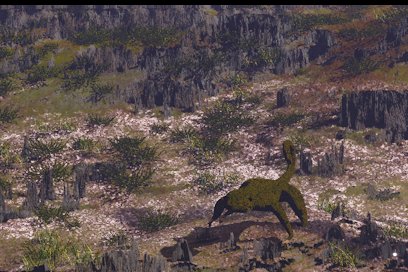