i have a really strange render-error (or bug?) in one of my images.
when i render my image in big, i get this:

when its just half the size, its no problem (except the "coast"-line-error in the upper middle-left corner):

and when i try to render it even bigger, i only get a black image.
The really strange thing: if i deactivate or activate even a breakup shader (power fractal), it seems to effect this.
In the first image its deactivated; when its activated, the images is just black.
It seems to be a problem with the clouds, as the black parts are the ones with bigger cloud-coverage.
The .tgd is attached, but don't blame this non-optimized network :D
Thanks for suggestions on where this comes from!

Title: Re: strange render error
Post by: neuspadrin on May 02, 2009, 10:09:53 am
Increase smallest scale in the cloud density fractal to 2+.  Tried 10, seemed to fix, 1 seemed to have a few problems still, so trying 2 now, still rendering.  But smallest scale seems to be the culprit.

*finished render at 2*
Still has some oddities in it, but might be other problems. 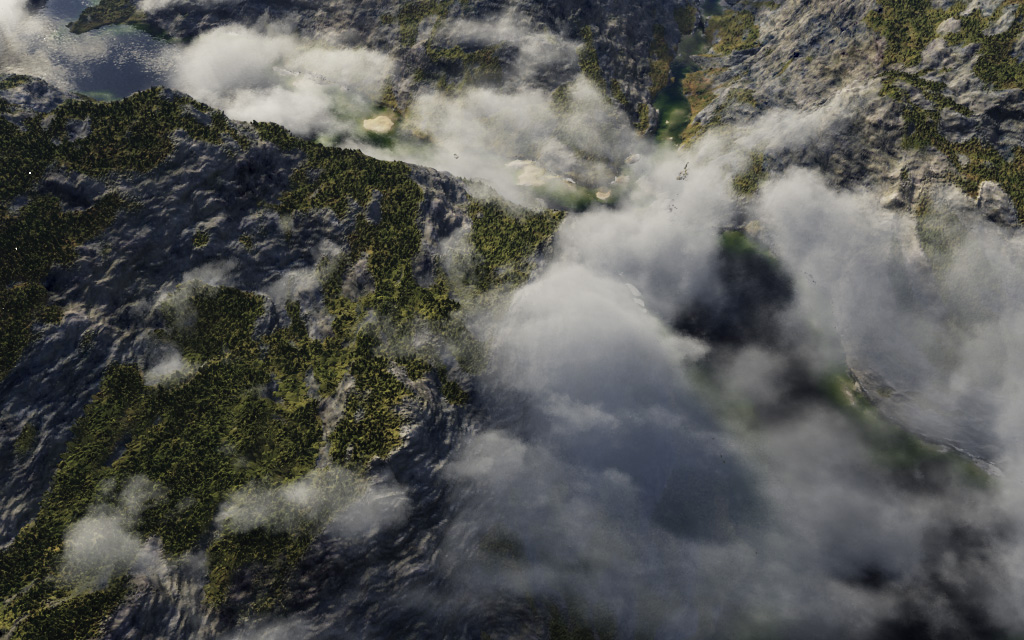 Title: Re: strange render error
Post by: Goms on May 02, 2009, 02:28:10 pm
Yip, same here.
The strange thing about this is, that it seems not really to be a problem caused by small scales.
Also this error you also have in your render has to be something different (its the line between one surface layer which smoothes and the other terrain).
Well, maybe i should clean up the node network and delete some trash which has no effect for the image. :D
Thank you so far. :)
maybe someone from PS finds out where this comes from.
Text only | Text with Images