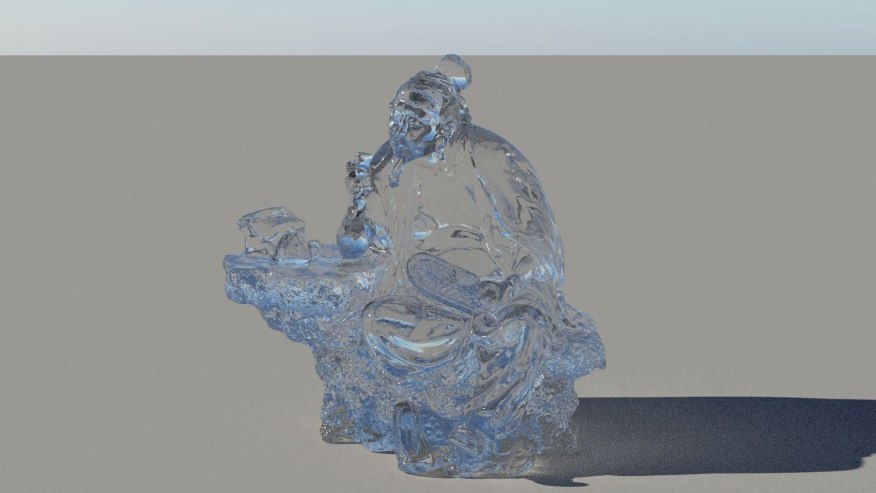 An imported OBJ object with the Glass Shader applied (default settings), rendered by the Path Tracer. 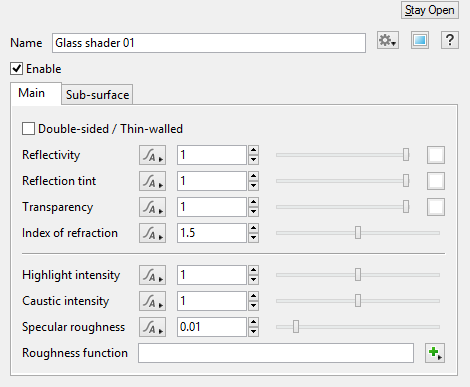 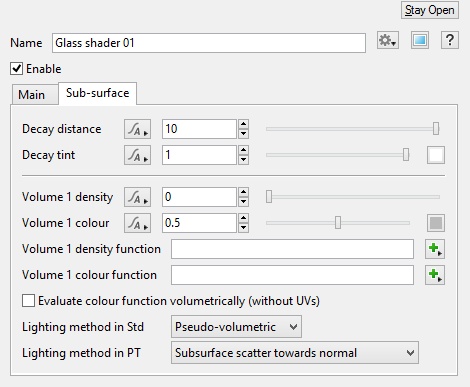 The tea-with-milk analogy is apt. Black tea mostly absorbs light without scattering it. It can be simulated with an orange-red decay tint. When milk is added it produces a light tan colour. The colour results from the balance (volume density) of the while milk (volume colour = white) and tea (decay distance, decay tint = orange-red). If you use a volume density function you can also texturize this balance, and this creates a rich spectrum of hues from only two colours. It is more visually interesting than just a mixture of the two colours.