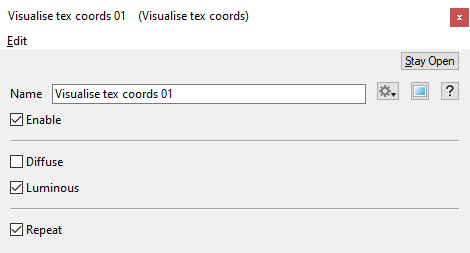 In order to apply textures to 3D objects and the terrain, the vertices of a 3D object or the sample points in a terrain make use of texture coordinates which instructs the shader how to colour the given point.

The Visualise tex coords shader outputs an RGB representation of the 3D vector of the texture coordinates, remapping them into the visible range of 0 to 1. In this colour representation the R value is the X component, the G value is the Y, and the B value is the Z. The shader can output this information as diffuse or luminosity. Also note that the Get Position in Texture function can provide the same information, but not as luminosity.

For terrains, the texture coordinates are calculated via a Compute Terrain node or the Tex Coords from XYZ node which return the X,Y and Z position in world space for a given sample point. World space starts at the origin of the project at 0,0,0 and by default is scaled to 1 metre. You can increase the scale by applying a Transform Input node or Transform Merge node after the Visualise Tex Coords node and increasing its XYZ scale values.

Imported 3D geometry makes use of the object’s UV coordinates which can be formatted in UV or UDIM layouts. The X and Y position for each vertex synchronize to the texture map providing the colour information. Typically, the UV coordinates for the bottom left corner are 0,0 and the top right corner are 1,1. UDIM layouts provide a way to offset vertex coordinates, by shifting them to a new 0 to 1 space. This provides a way in which to apply separate texture maps, with various resolutions, to specific surfaces on the object; in other words, you can assign higher resolution texture maps to the areas that require more texture data or use smaller texture maps for areas not often seen.

Terragen 4 Professional can save the raw texture coordinate data for a rendered frame via its Render Layer feature by enabling the Surface Position checkbox under the Render Elements tab. This render element can be useful for post processing effects and adjustments to the beauty pass. This does not require a Visualise tex coords node within a project. 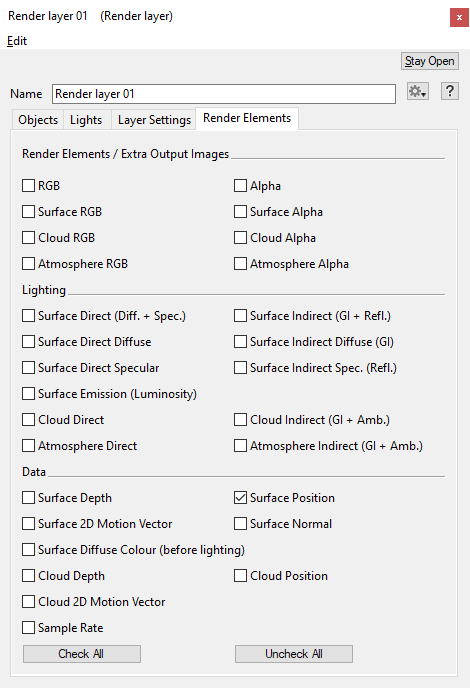 A very practical use of the Visualise Tex Coords node is to be able to see how a displacement affects a surface. When prominent terrain features are present, it’s often easy to discern the direction and amount of displacement, however when dealing with smooth surfaces, such as an undisplaced planet surface or one with very little surface features, it can be difficult to see what the effects of a displacement shader may be having in these areas.

Let’s add a simple terrain feature to the default Terragen project in order to see what the Visualise Tex Coords can show us. 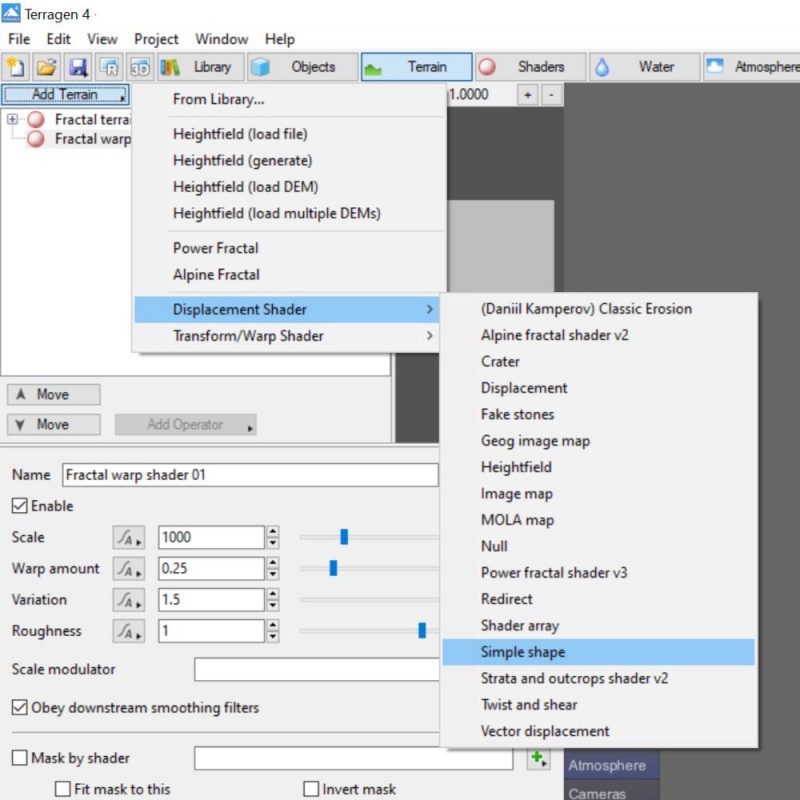 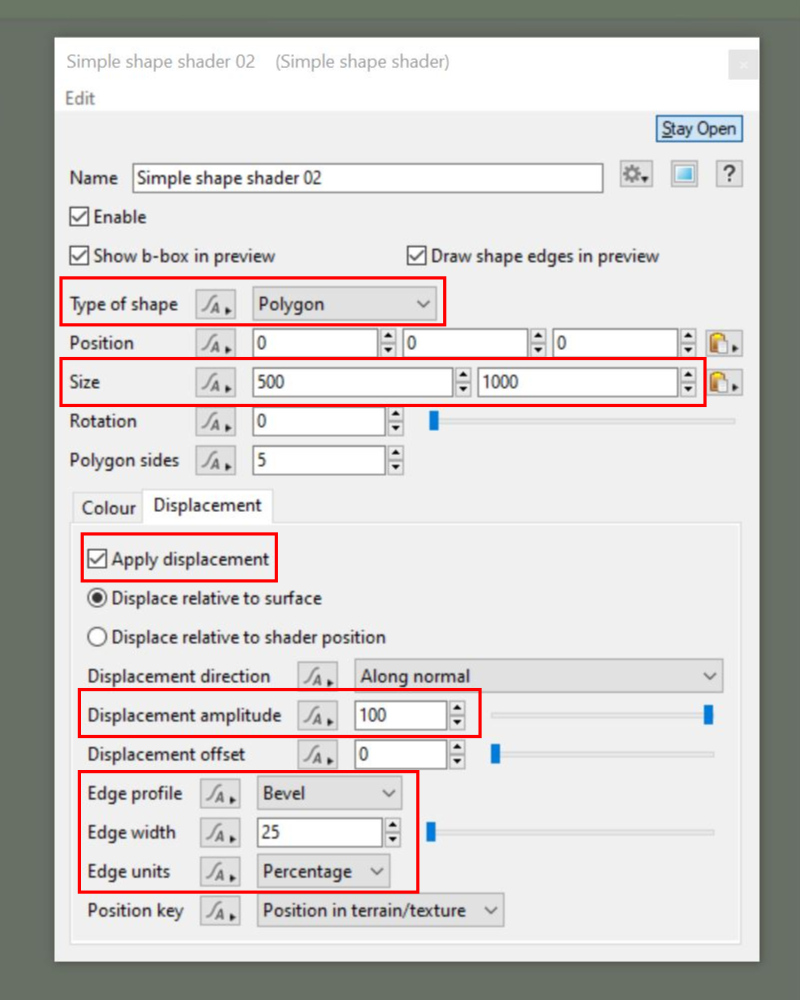 Let’s also include a texture feature so we can see how any displacement affects that as well. 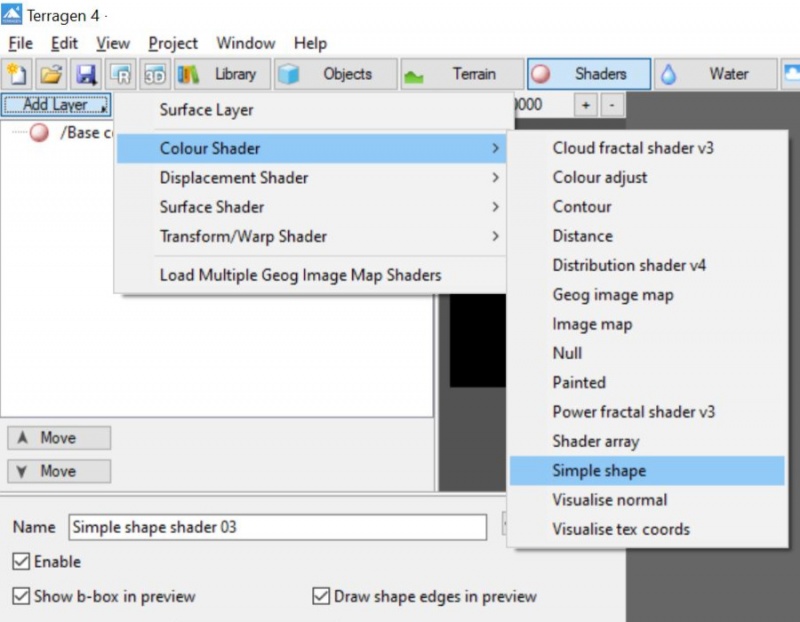 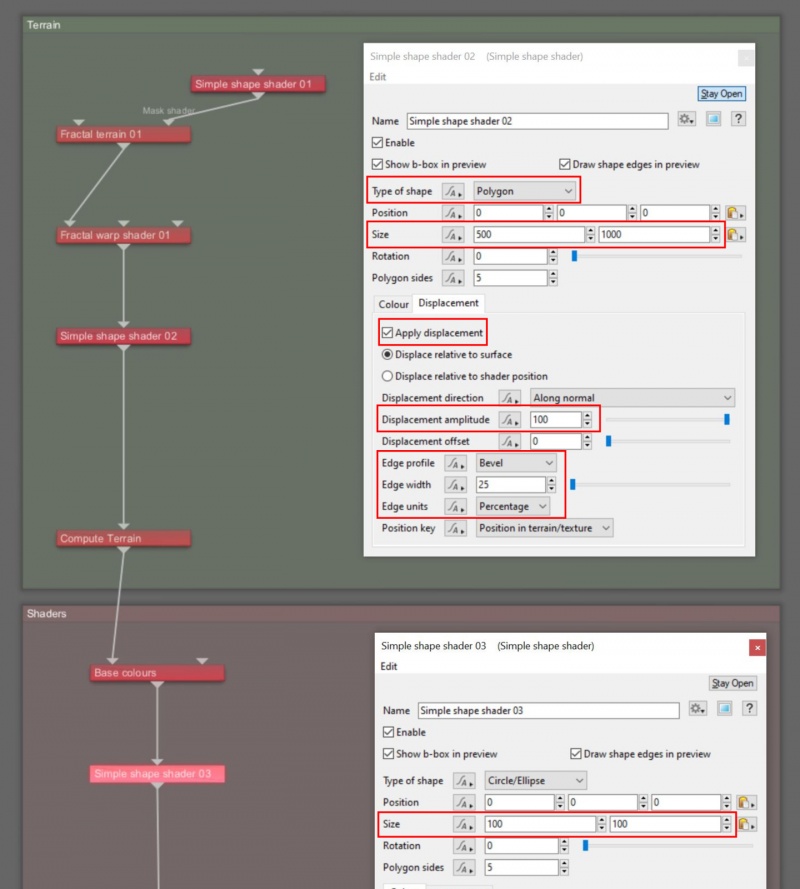 Here’s a render of what we’ve got so far, a pentagon terrain feature with a white dot. 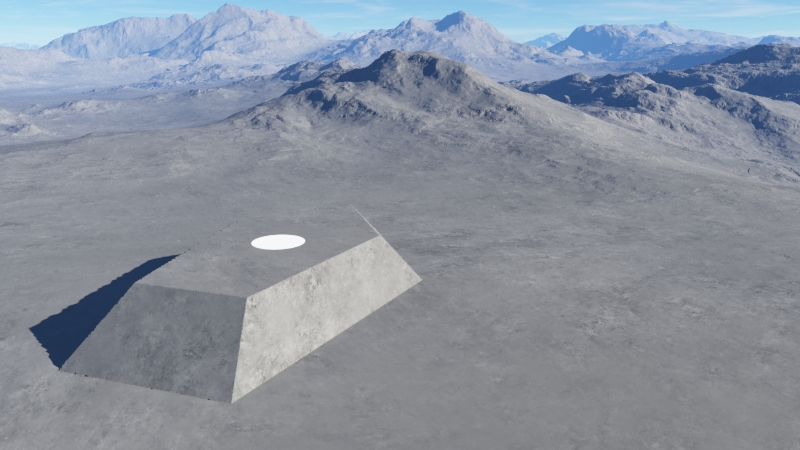 Now let’s add a displacement to the surface of the planet that will affect our new additions to the project. 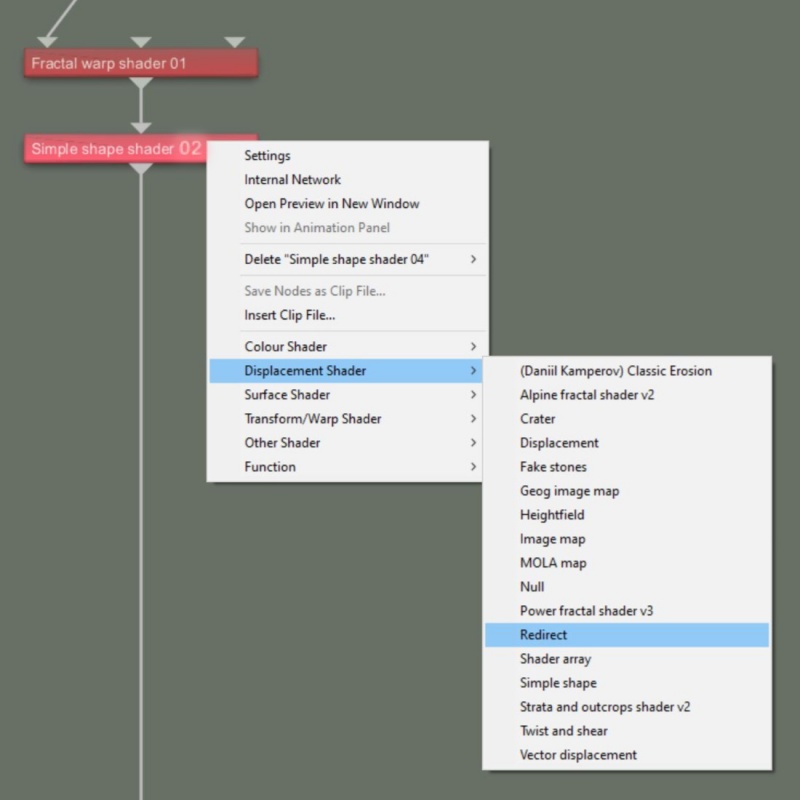 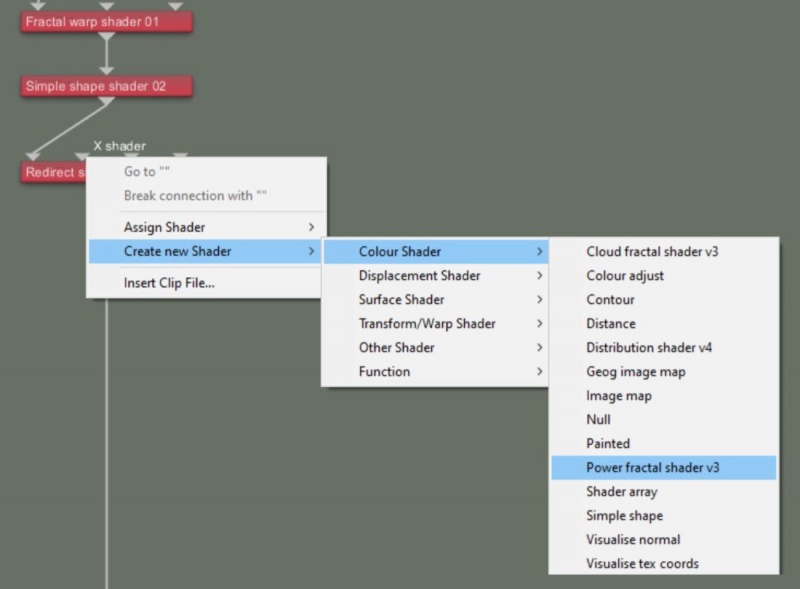 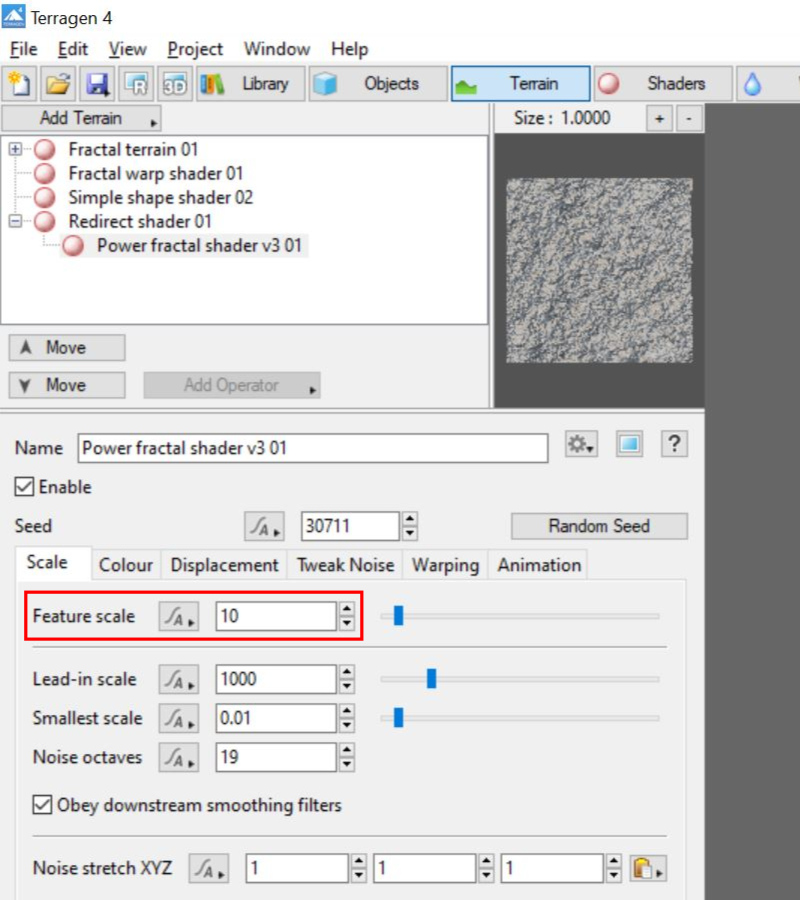 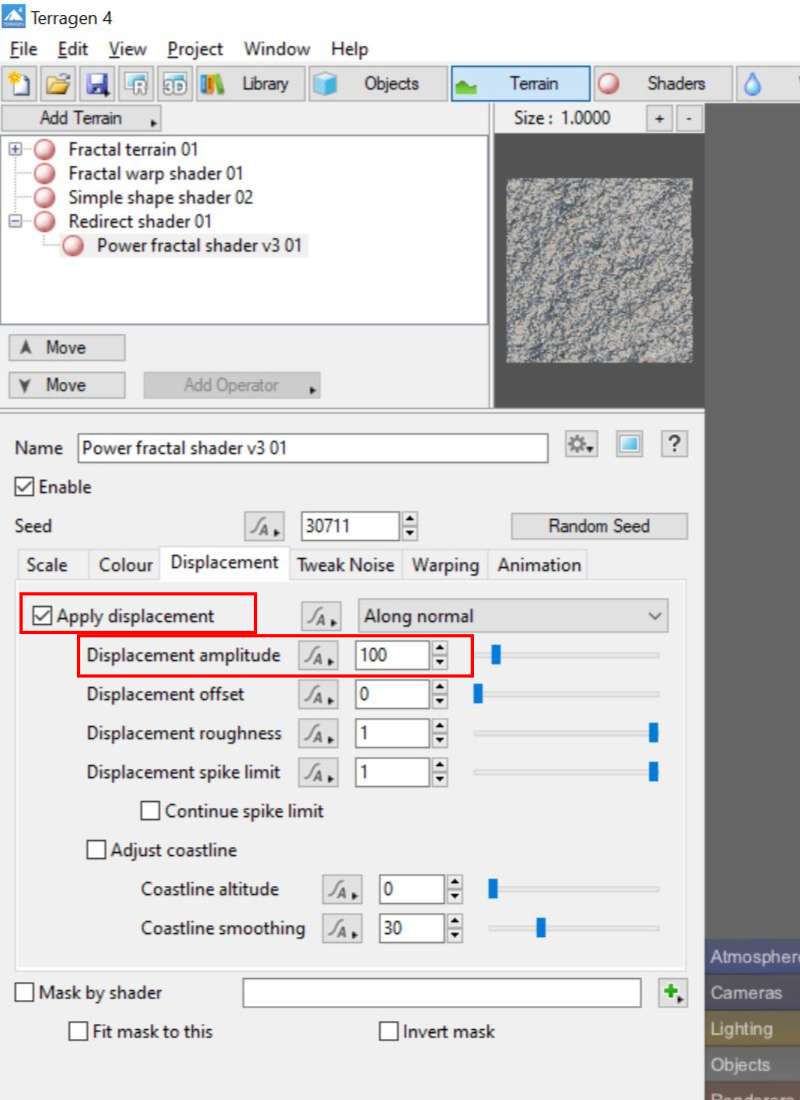 In the rendered image below, we can clearly see the displacement along the sides of the new terrain feature and also the white dot, but it’s almost impossible to tell what affect the Redirect shader is having on the flat and smooth areas of the terrain. 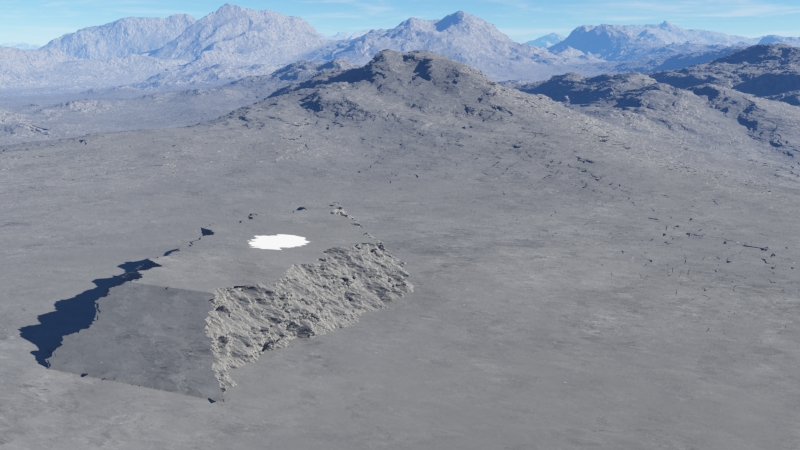 This is where the Visualise Tex Coords shader comes in handy. 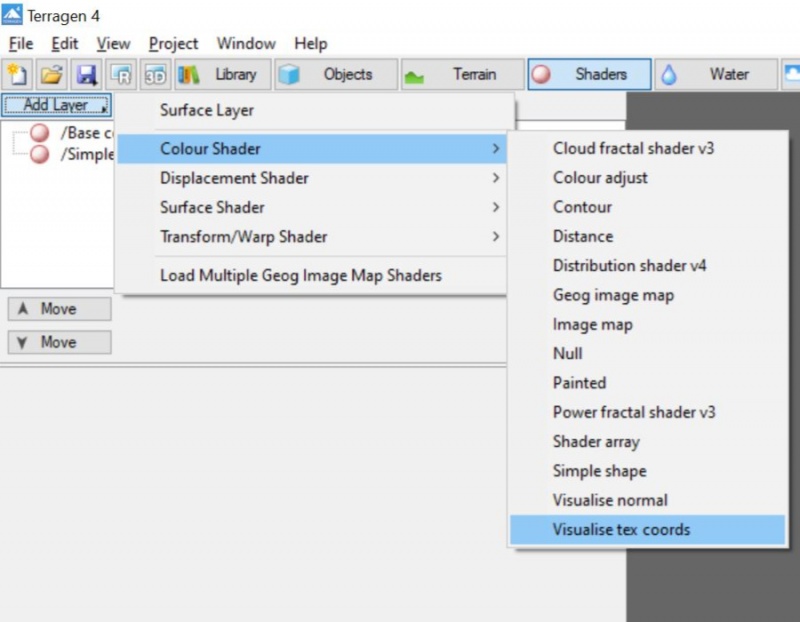 When we render a frame or look through the 3D Preview this is what we see. 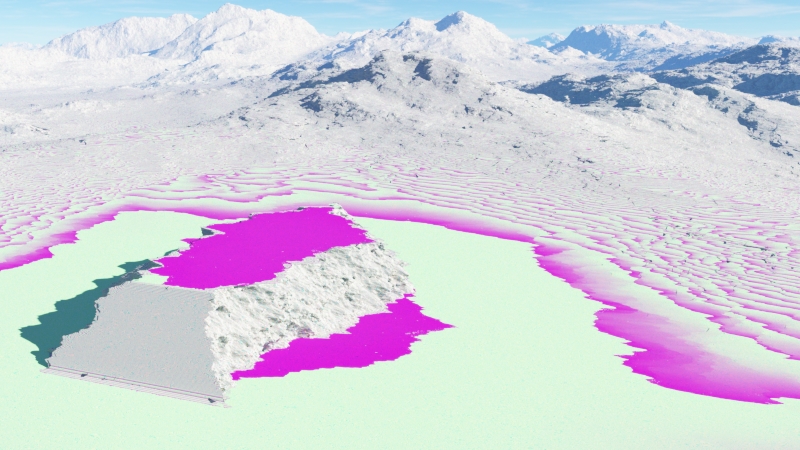 Although we can see some displacement along the edges where the magenta colour meets the pale green colour, it’s not much help yet, and this is because by default the node’s “Repeat” parameter is checked and Terragen’s default unit equals 1 meter, which means that a 1 meter repeating pattern is being projected across the entire terrain. We need to adjust the size of the pattern so that it’s appropriate for our terrain features. 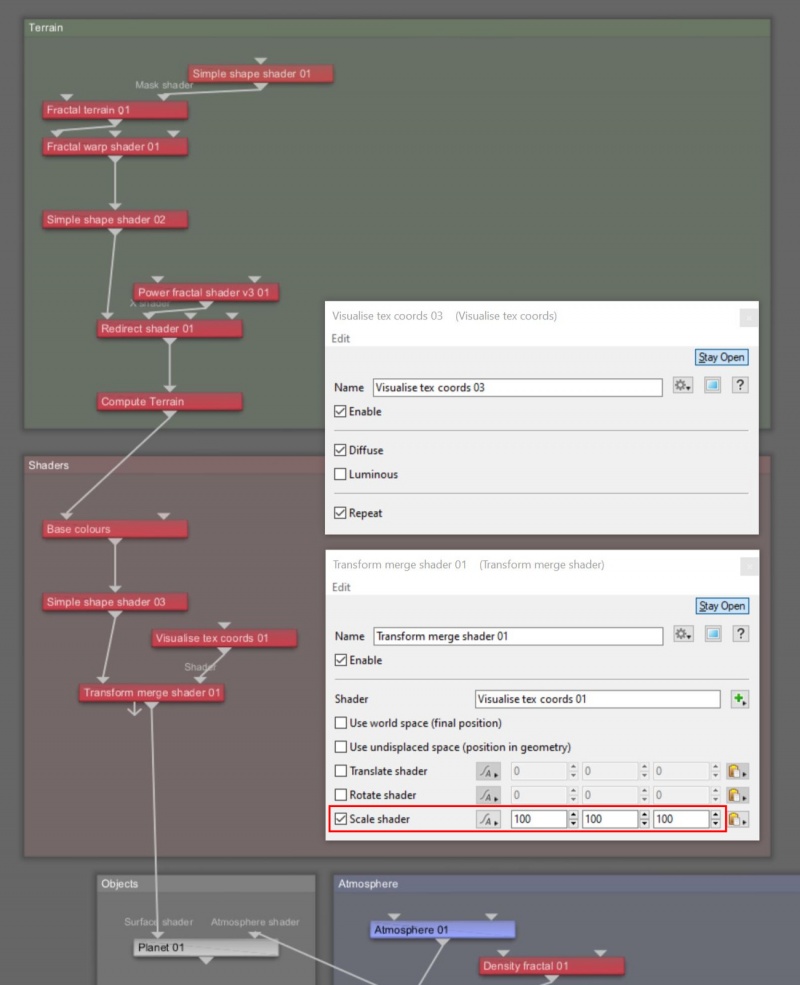 In the rendered image below, now we can see how the displacement affects not only on the terrain feature but the flat and smooth areas as well! 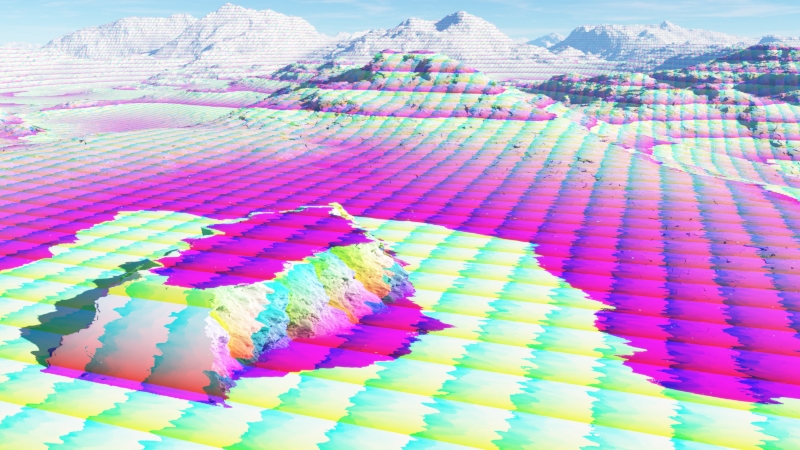