It seems you can have multiple lights in a scene.. in this case I have used multiple suns. I've also given some of them a negative value for energy, which produces an interesting effect. 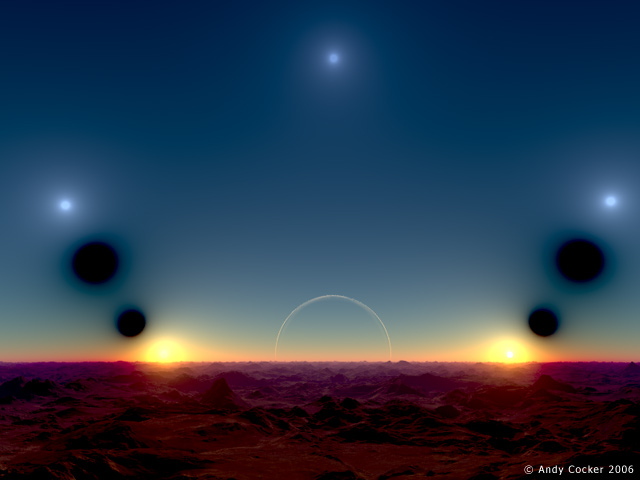 Title: Re: Multiple and Negative Suns
Post by: bobbystahr on December 22, 2006, 02:40:32 pm
Ahhh, you have discovered Darkons. In Imagine3D we've had tgese for ages but this is the first time I have seen them in another  app, far out. The multiple lights is another really cool feature, I love this app more with each test render or post...... ;D
Title: Re: Multiple and Negative Suns
Post by: Oshyan on December 22, 2006, 06:34:56 pm
Super cool! You know, I've not seen anything quite like that yet. It's really exciting to see the Tech Preview in use now as so many more people are trying new and interesting things. There's so much to discover. With TG 0.9 there have been new discoveries even to this day. Imagine what we'll be seeing over time with TG2!

M.
Text only | Text with Images