Title: Mojoliths 3.0
Post by: RichTwo on October 04, 2010, 12:41:38 pm
Here is my latest incarnation of the Mojoliths clip.  Some serious tweaking went on, the most notable is was to put a reverse displacement onto the standing structures positive displacement to give them a more disrupted look.  That and I scaled down all of the surface features - and added a couple more.

Of course, if you believe the world is flat and made only for planting trees, this file won't be of any benefit... ;) 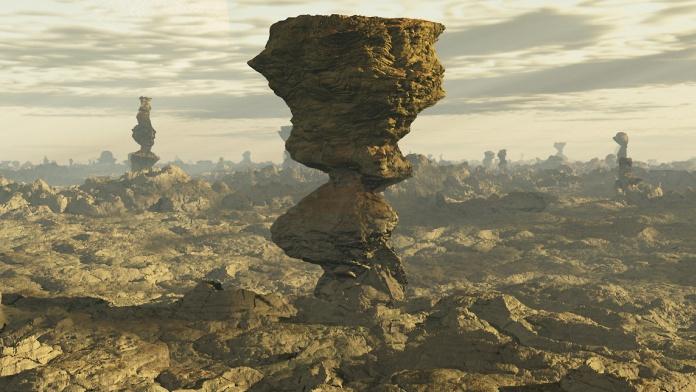 Need to find a way to make the same effect without effecting the radius. (and make it glow,give light and all that) Title: Re: Mojoliths 3.0
Post by: RichTwo on October 12, 2010, 08:48:09 pm
Got to admit - I never would have thought of something like that, though I see how it is possible.  You must have put a ton of work into creating the animation morph and it's super cool!  A sun-like globe?  Interesting, but it looks somewhat organic to me  - so how about if those liths started spitting out more of the same kind of spheres and they did the same, populating the galaxy with those wonderful life-things...  Originally created by Rich2... YES! YES! Bwah-ha-ha-haaaH!!!

The animation is really interesting  :)
Text only | Text with Images