Sadly the idea I had was slightly surreal, and doesn't really lend it's self to photo-realism, but I thought hey, lets just have a bit of fun with it as it's been ages since I last worked on a piece for myself.


Still needs lot's of love and much texturing, plus the composition will change if I can get a few hours in during the evenings. 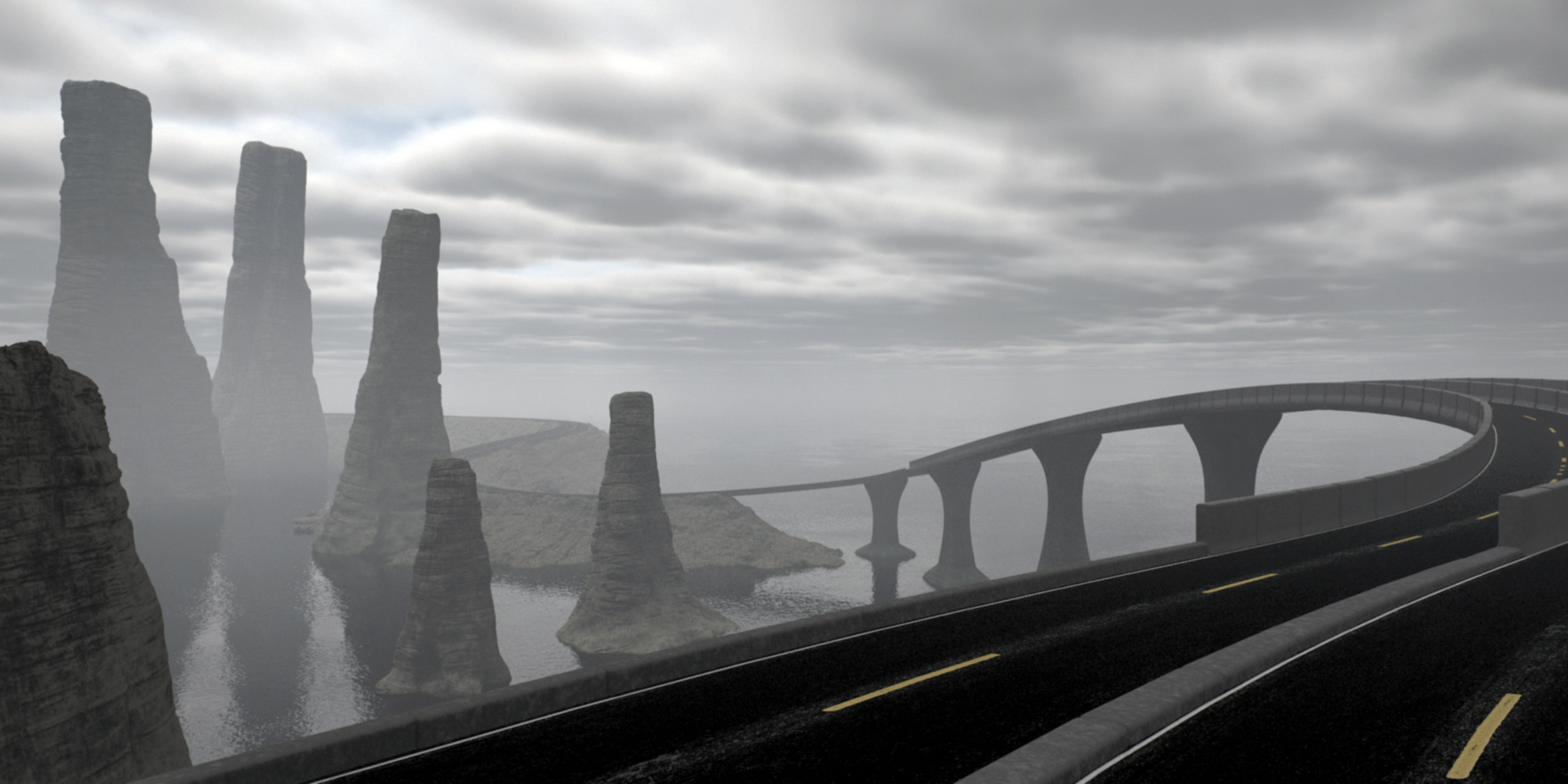 Nitpicky bit, personally I'd like to see a little more of the road on the right and there's a slightly uncomfortable transition between the last pylon and the end of the road barrier.

Also please do tell which bits are Terragen and which are imported models, I suspect it's not as obvious as it may seem.  :D

No dark arts, just a few dark dreams due to lack of sleep.

Nothing is being rendered separately for comping as yet, just a straight render from standard deep edition, with a little exposure control in photoshop.

Lots of soft shadow lighting and a local volume receiving shadows, to help achieve the diffuse lighting.
The models are all imported at the moment, but that will change once the composition settles, and I'll be converting to vector displacement for more control and populating elements.

I agree about the bridge, it jars from that angle though it it looked correct in plan view, so needs addressing.


I think for the contest you can not composite, Chris. May want to check on that.
But I would like to see a pure TG, next to a composited work by you of the same shot anyway!

It's a start at least.
It currently lacks colour while I'm trying to establish the lighting, so hopefully some should arrive soon.

The only comping I'd be doing would be general colour correction, seperating elements with id passes (hold out masks) for individual control, not adding any extra elements afterwards, as in matte painting. Though to be honest, with the amount of time remaining, I'm not sure if this will make it to being a finished submission, just wanted to join in the fun :)

Proverbial frying pans and fires at work, so not had any time for this, until I grabbed a few hours today to play around a little.

Probably the last chance I'll get to work on this for the contest, wish I'd had more time to participate fully, there really are some great entries.
Very best of luck to everyone. 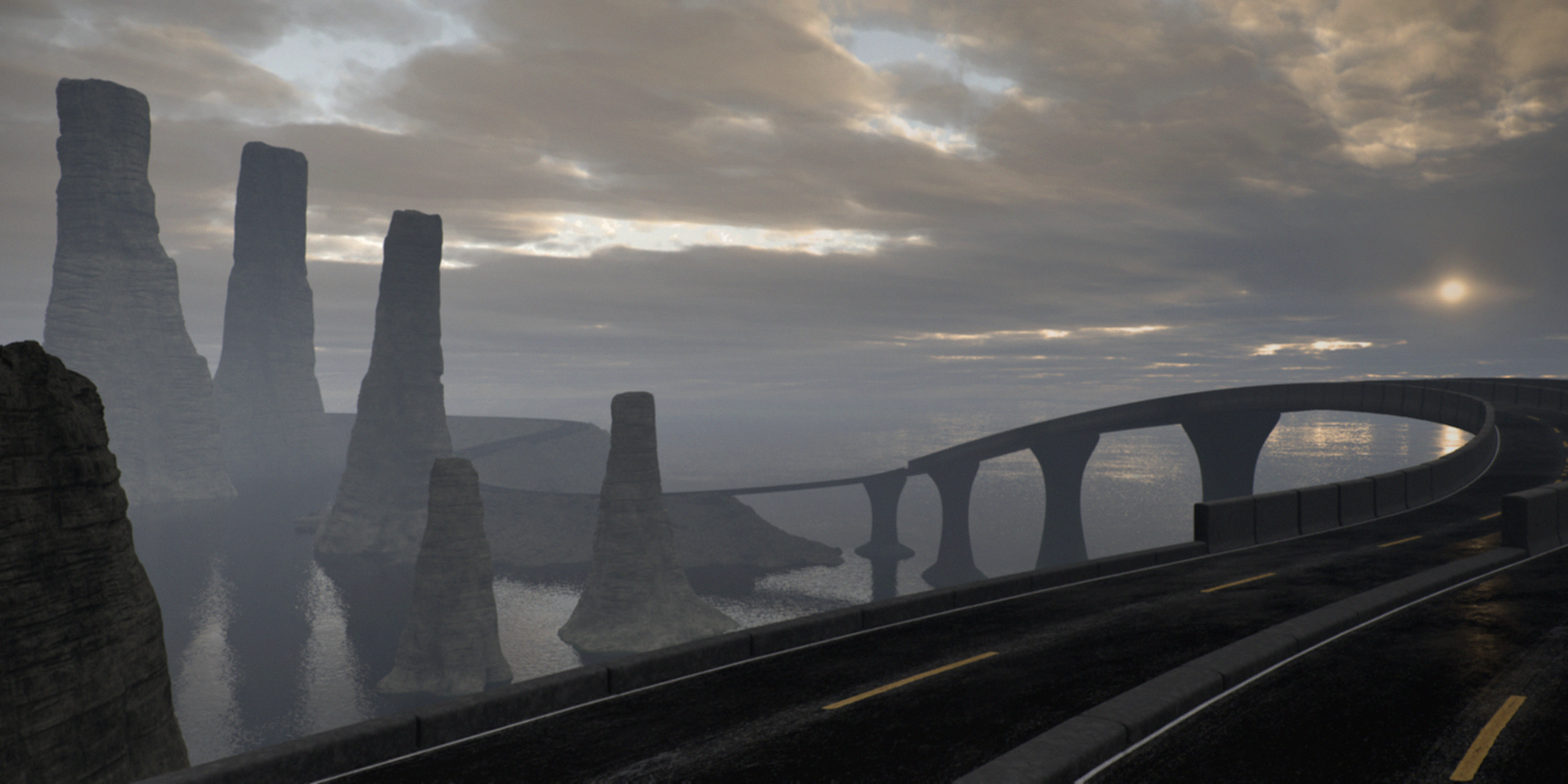