Title: Jungle Floor
Post by: RArcher on August 02, 2013, 02:16:39 pm
Took another crack at using blender to composite the Render Elements of a jungle scene I just threw together.  All models are from the Xfrog Tropical DVD. 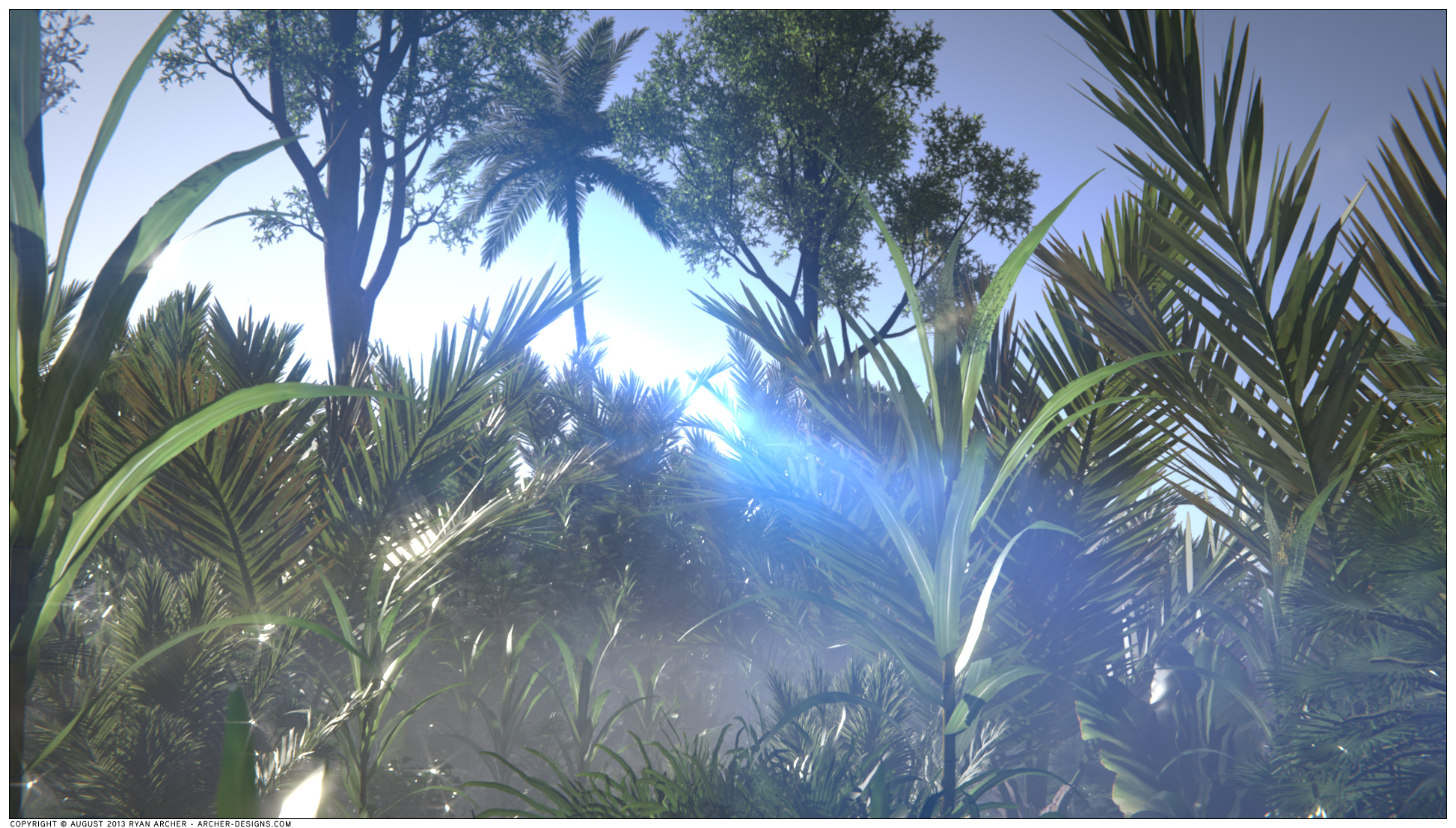 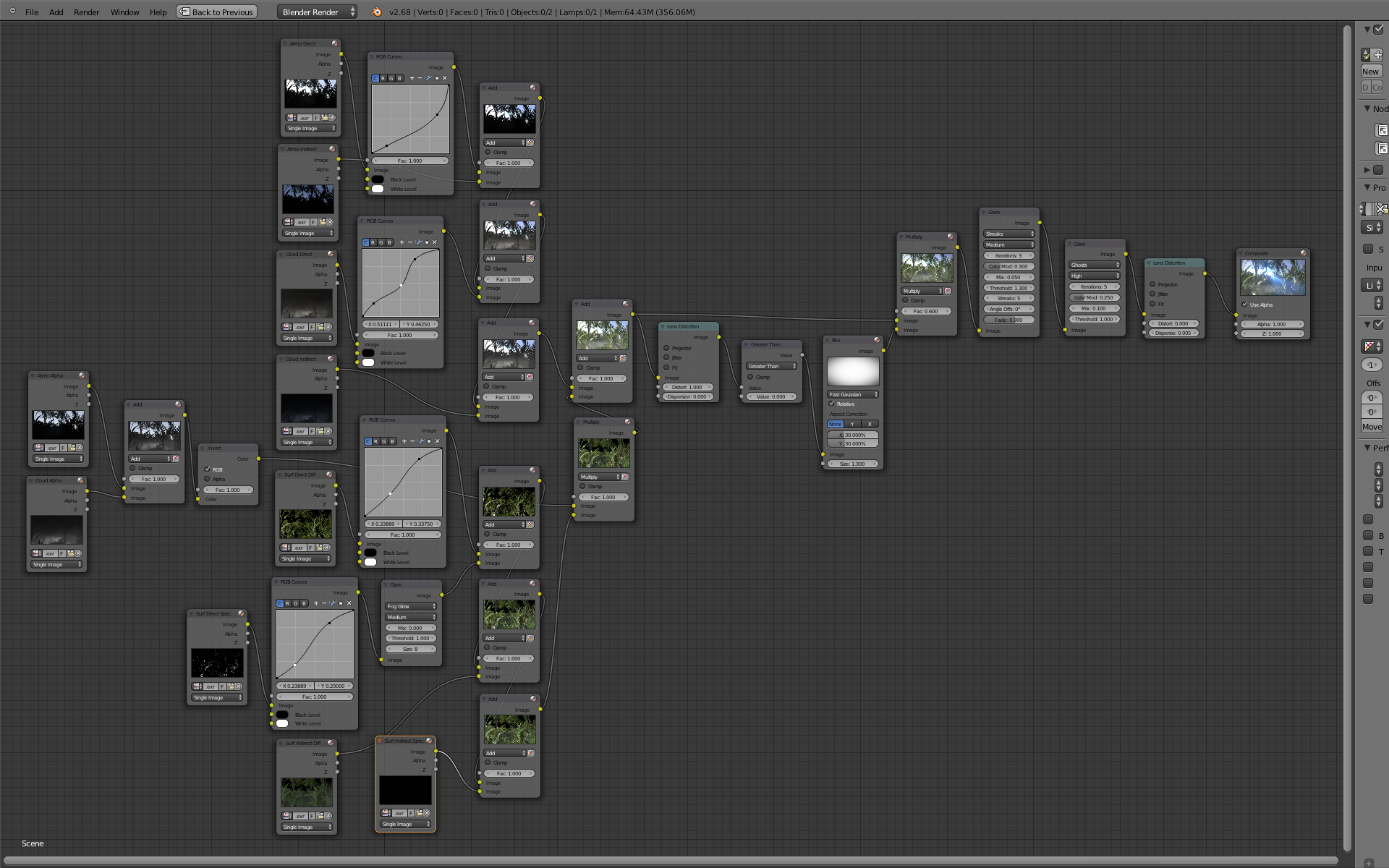 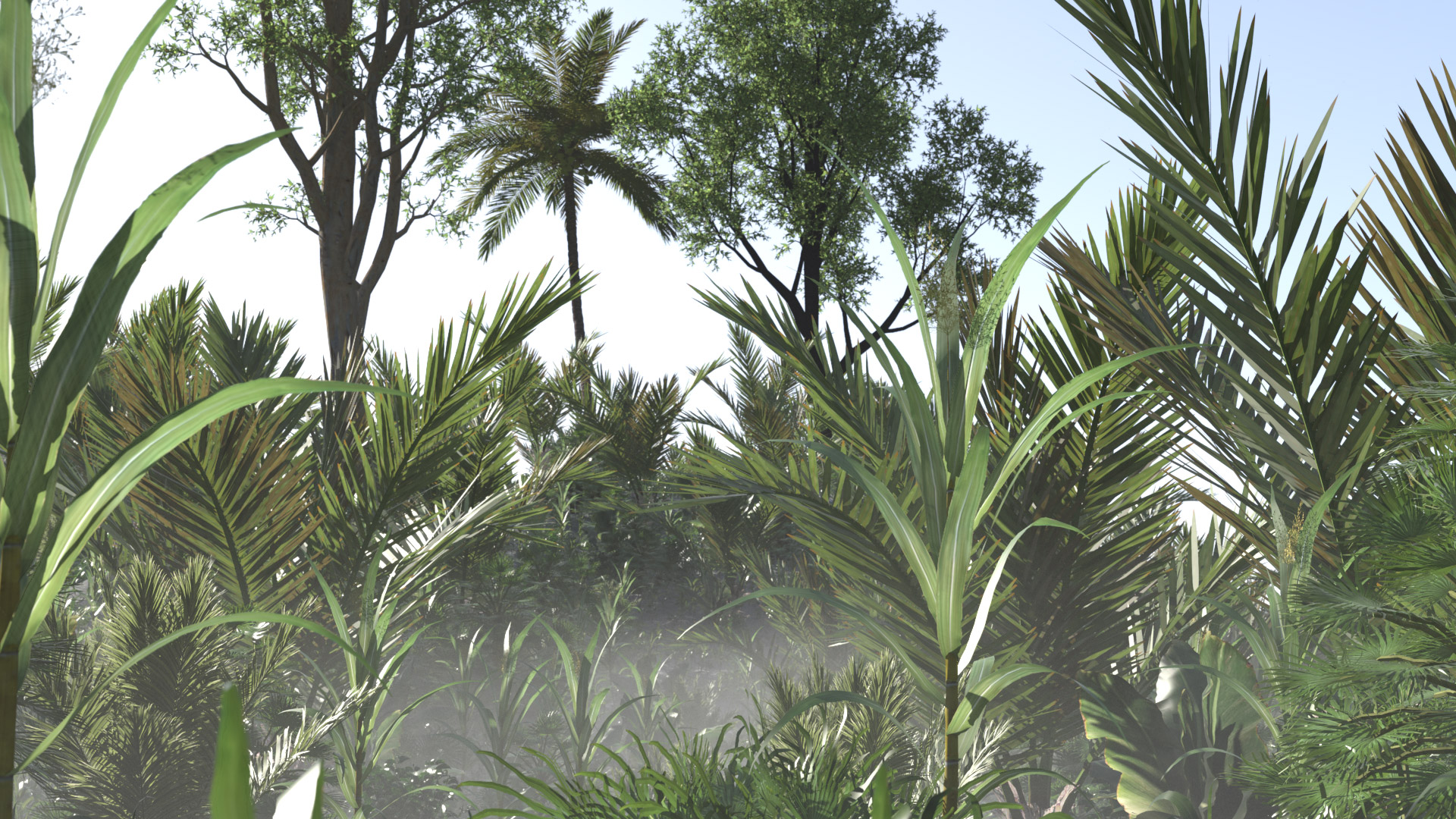 Thanks Ryan.
The original is good too but the comped one looks more artistic .

Lots of extra junk in there.  A couple of glare effects, some vignetting, some chromatic lens distortion and various RGB Curve edits.  You should be able to see everything that was added in looking at the blender nodes I think.
Title: Re: Jungle Floor
Post by: EoinArmstrong on August 02, 2013, 03:40:41 pm
Purty... I like both, but the composited one obviously takes the cake
Title: Re: Jungle Floor
Post by: TheBadger on August 02, 2013, 04:18:28 pm
Hi
Question

Does anyone know if I can use these "render elements" the same way I can use bracketed photos in photomatix?
It sounds like at least in one respect, thats a little bit what this is, essentially. Is there is any truth to this idea?

Im sure I can open the images if there tiff or exr. But no idea what the result would really be.

Title: Re: Jungle Floor
Post by: Oshyan on August 02, 2013, 04:24:36 pm
No Badger, the EXR that Terragen 2 has always been able to output is actually much better than "bracketed photos", it contains all the regular image data you'd need to output a tone mapped "HDR" processed image. The new render elements actually split up the rendering process and outputs different parts into totally separate images. So you get the atmosphere separate from the terrain, for example. So for just a very simple example, let's say you wanted the terrain to be more colorful and saturated, but not affect the sky; rather than try to use a selection tool, color selection, or other masking approach in Photoshop to select only the area you wanted to edit on the terrain, you could just load up the terrain and sky elements separately, make your modifications on the terrain element without affecting the sky element, then combine.

I thought so, but the way people have been talking it sounded more mixed to me.

If anyone has after effects, it would be nice to hear from you on this subject too. Blender is free and looks great for a lot of things. But I would also love to hear how people use this new update in TG, in AE! I imagine at least, that the results could be very nice in AE too.

Oshyan, believe me. I know the .exr TG puts out is marvelous! THe first time I ran a TG .exr through photomatix, I was like,"yep, Terragen is what I need!". It works great.  :o
Text only | Text with Images