Title: Canyon Strata Question or two
Post by: littlecannon on December 31, 2006, 01:54:13 pm
Can anyone help me with this strata issue? I've applied an image map to the terrain and the result is not quite what I'm after. The image map projects straight onto the landscape from the camera, resulting in strata lines that don't follow the landscape. Do I need to forget the map and go with multiple shader layers to get the effect?

Also, does anyone know how to create "Bumpy outcrops" for want of a better name, a la the ones in Luc's Gallery? 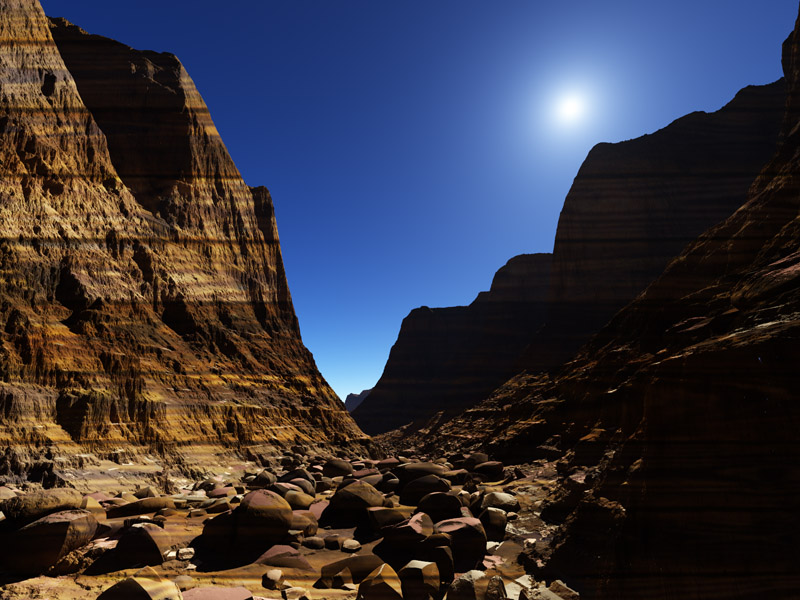 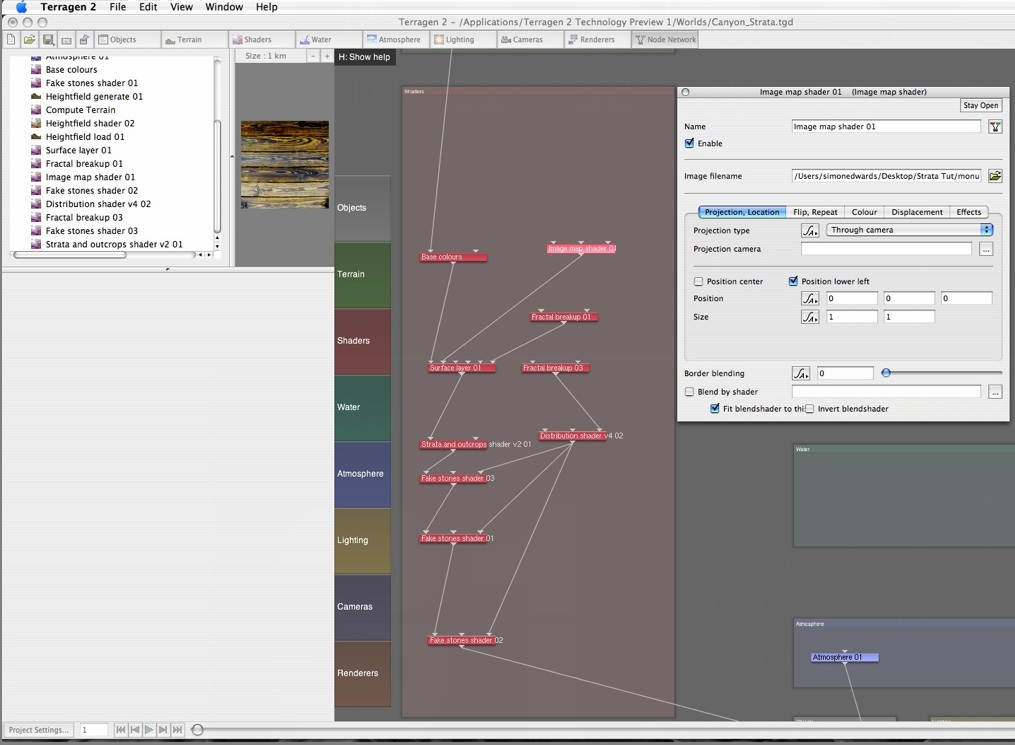 Title: Re: Canyon Strata Question or two
Post by: Oshyan on December 31, 2006, 02:23:32 pm
Take a look at your "Projection Type" in the Image Map shader settings. It's set to "through camera". If you want to apply it side-on try SideX or SideZ. You'll need to adjust the size and positioning accordingly. You may also want to turn on tiling.

To get lateral displacement use a Displacement Shader set to displace along the Normal or a Redirect Shader with a Power Fractal feeding into the X and Z inputs. Be sure to adjust displacement amplitude and scale appropriately.

- Oshyan
Title: Re: Canyon Strata Question or two
Post by: littlecannon on December 31, 2006, 08:57:58 pm
Thank you Oshyan, I'll give that a go. I actually tried xz/zx and the map turned into noise... right colours, completely wrong pattern.... I'll try changing the settings and see what happens.... is there something obvious I'm missing?

Simon.
Title: Re: Canyon Strata Question or two
Post by: littlecannon on January 01, 2007, 08:00:26 am
Hi Oshyan,
The map now works with the terrain and I have some outcrops... but my fake stones are being displaced? Where should I put the Redirect Shader? or alternatively you mentioned a Displacement Shader... do I plug this into the Terrain Load? (I'm loading a Heightfield).
Thanks, Simon. 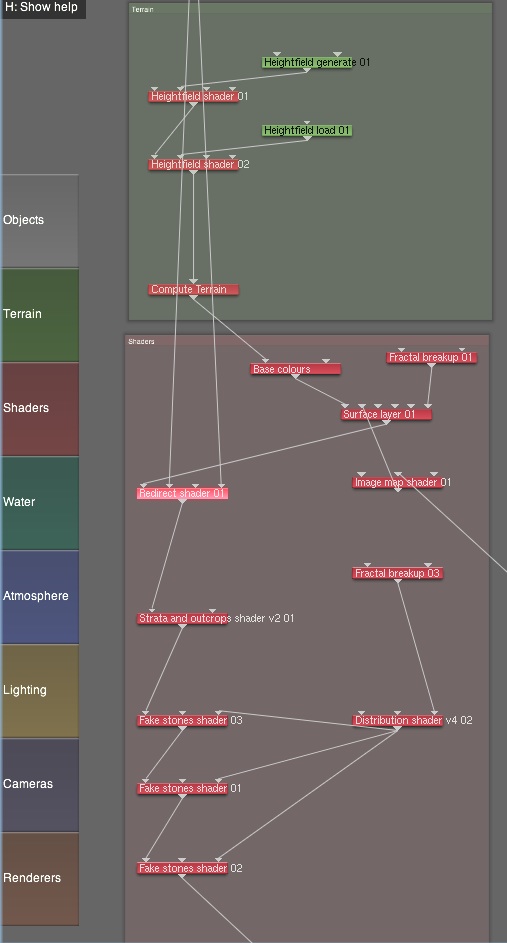 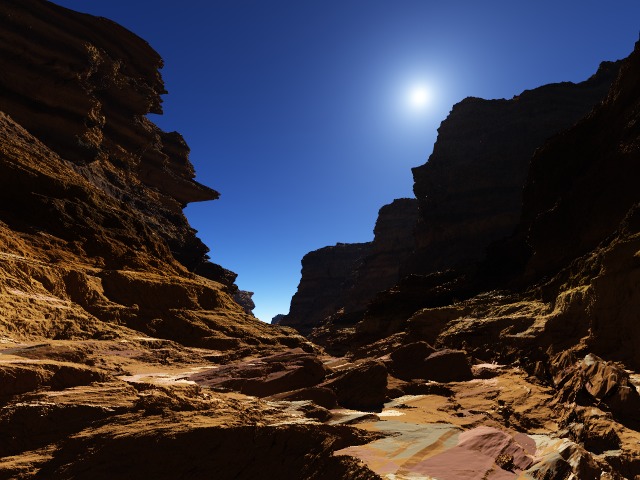 Title: Re: Canyon Strata Question or two
Post by: littlecannon on January 01, 2007, 10:48:58 am
I think I've figured it out, by placing a "Compute Terrain" before the Fake Stones Shaders start.

I've learnt quite a bit from a couple of simple suggestions, thanks Oshyan.

I'll post the file in the "File Sharing" part of the forum with a render for all to have.
Simon.
Title: Re: Canyon Strata Question or two
Post by: Oshyan on January 03, 2007, 11:33:40 pm
Nice work. The "compute terrain" just gives you a computed normal. I believe the stones are basically being counted as part of the terrain unless you recompute the normal just before you add them so they know the shape of the terrain to sit on.

Anyway I'm glad to be of help, and thank you for sharing the files so all can learn by example. :)

- Oshyan
Text only | Text with Images