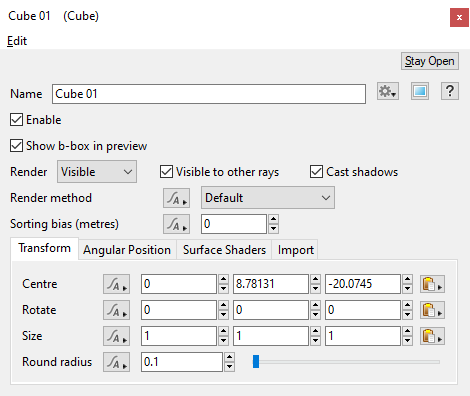 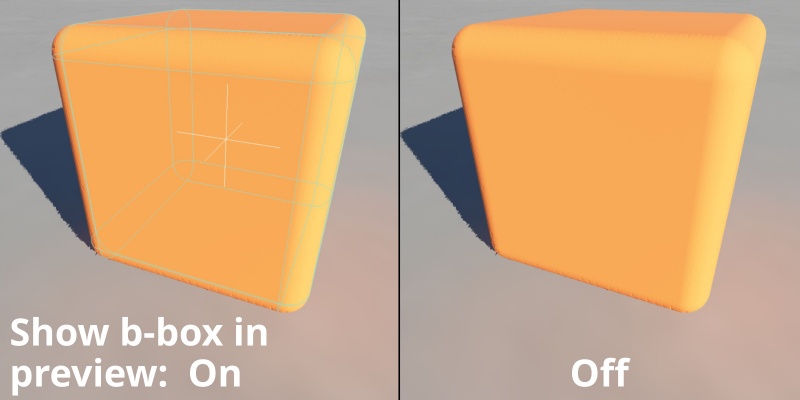 
Force Displacement: When enabled for the cube object, its surfaces will be subdivided into micropolygons at render time, which allows the 3D geometry to be displaced correctly but at the expense of slightly longer render times. It is useful when you have some objects you want to render with displacement but you don't want to change how all the rest of your objects are rendered, i.e. Ray traced. 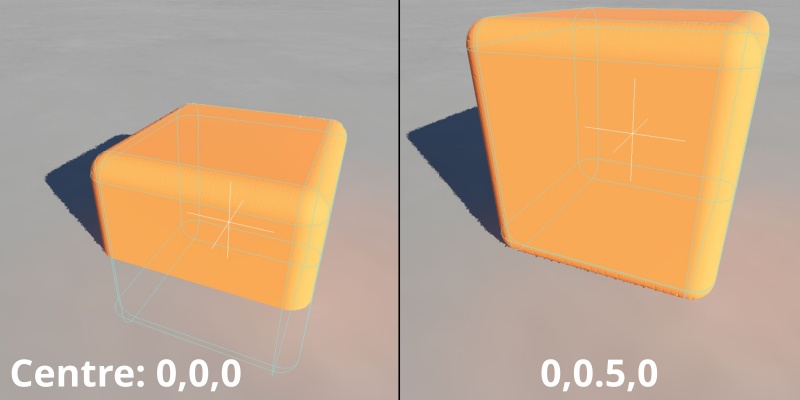 This tab has settings which use angles and distance to set the position of the cube object relative to the scene origin. These settings are an alternative to using the Translate setting in the Transform tab. The diagram below shows how all the parameters relate to each other and the origin.

This tab lets you assign a surface shader to texture the cube object.