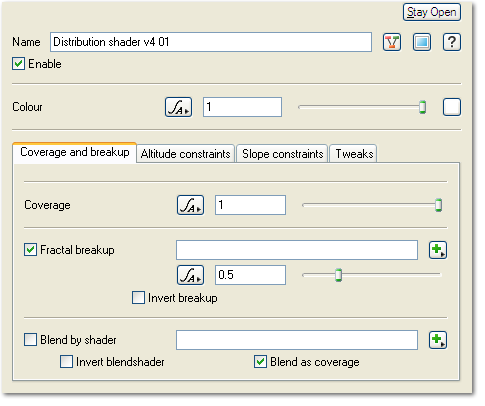 Node Description and Purpose:
The Distribution shader is a very useful shader. You could use it to apply colour to something while controlling where that colour appears. You can also use it to generate a mask that can be used to blend other shaders or do things like control where populations appear. It shares many of the same concepts as the Surface Layer when it comes to controlling where something appears based on altitude or slope, as well as having similar coverage and breakup settings. In many ways it's a basic version of a Surface Layer without things like displacement and luminosity.

The output of the shader will be referred to as a "mask" in the following documentation as this is the most common way of using the shader.