Difference between revisions of "OBJ Reader" 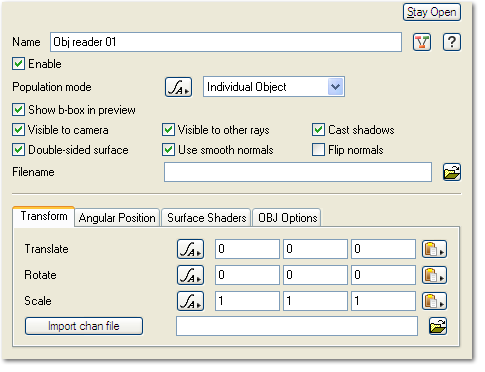 Node Description and Purpose:
The OBJ Reader node loads models from a Wavefront .OBJ file. The OBJ Reader can also load .mtl files specified by the OBJ containing texturing information. When you create an OBJ Reader it opens a file dialog allowing you to choose the file to load.