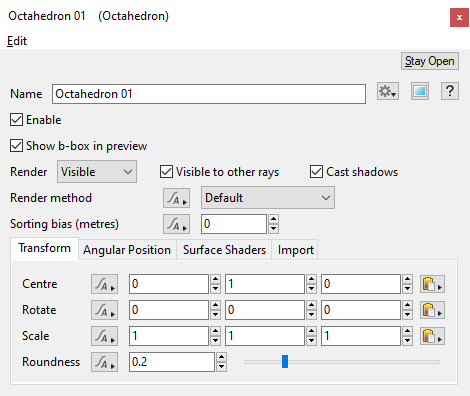 Name: This setting allows you to apply a descriptive name to the node, which can be helpful when using multiple Octahedron nodes in a project.

Show b-box in preview: When checked, the bounding box of the Octahedron shape will be displayed in 3D Preview. 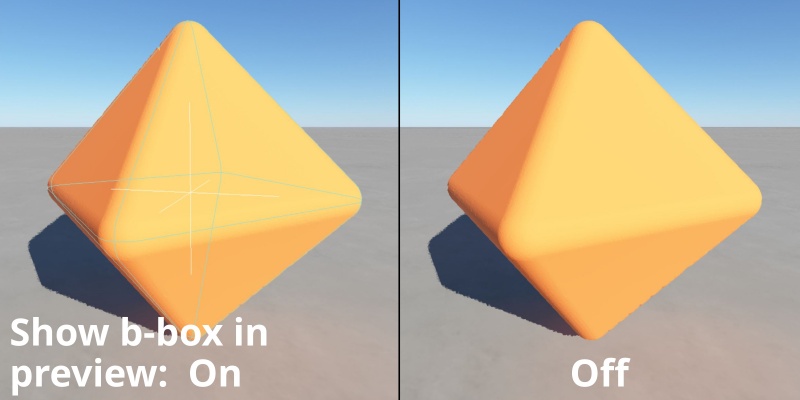 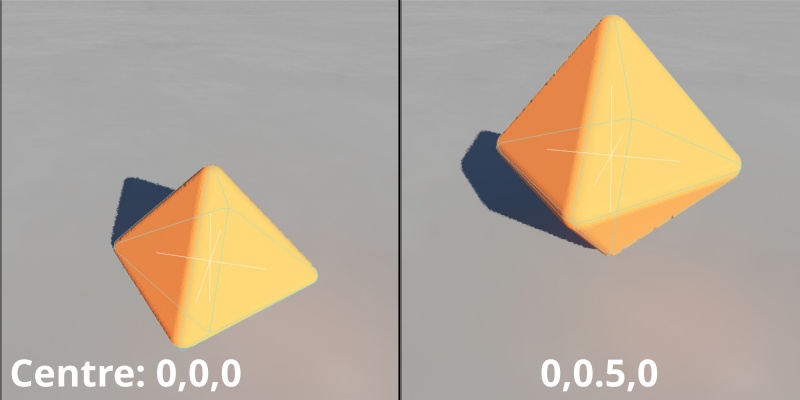 This tab has settings which use angles and distance to set the position of the Octahedron object relative to the scene origin. These settings are an alternative to using the Translate setting in the Transform tab. The diagram below shows how all the parameters relate to each other and the origin.

This tab lets you assign a surface shader to texture the Octahedron object.