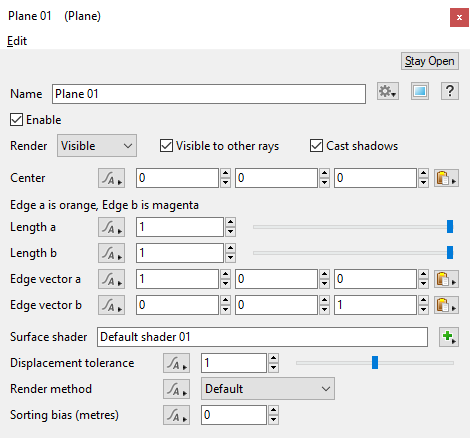 The Plane node creates a single sided flat plane object, which is visible only from the “front”, that is to say, when viewed from behind the plane will not be seen. By default the plane is rectangular, but it can be sheared so that its shape becomes a parallelogram. The plane can be textured just like any other object, and can also be displaced.

You orient the plane by setting the direction of two of its edges, using the Edge vector a and Edge vector b parameters. By pointing those edges in the desired direction you control the way the plane faces.

Below are some common orientations of the plane object. 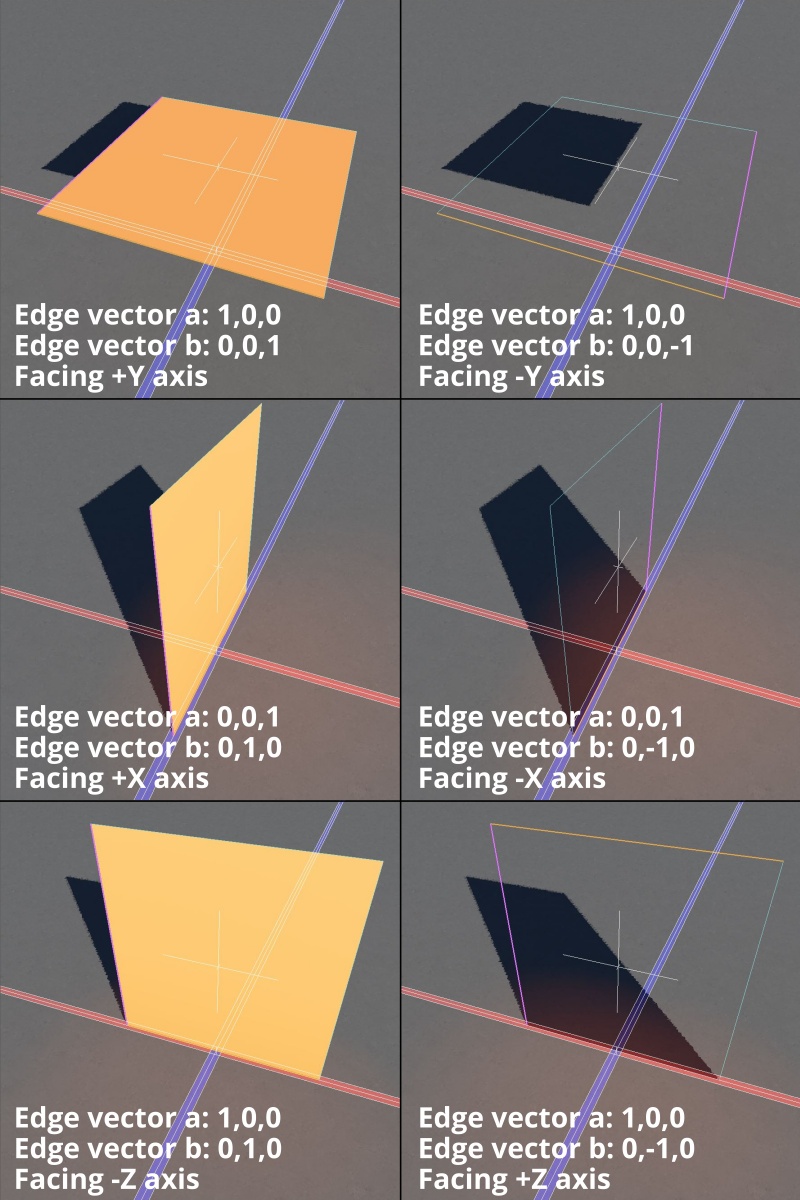 
Force Displacement: When enabled for the plane object, its surfaces will be subdivided into micropolygons at render time, which allows the 3D geometry to be displaced correctly but at the expense of slightly longer render times. It is useful when you have some objects you want to render with displacement but you don't want to change how all the rest of your objects are rendered, i.e. Ray traced.