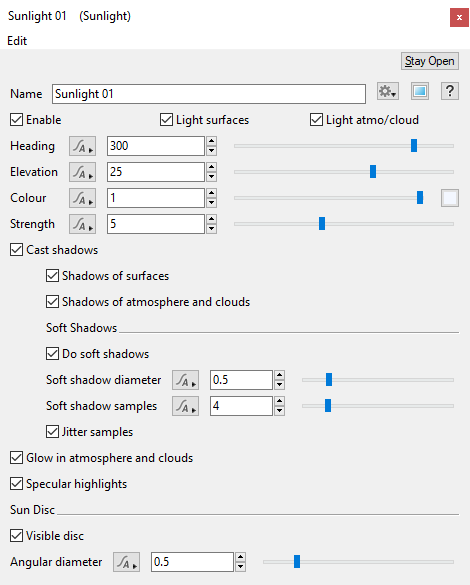 The Sunlight node is the primary method of lighting your scene, and by default is added to each new scene. You can however, create as many suns as you like. When using the 2D Heading style compass in the 3D Preview all of the Sunlight nodes in the scene are shown as yellow dots around the outside of the compass. The position of the dot corresponds to the Heading parameter of the Sunlight node. 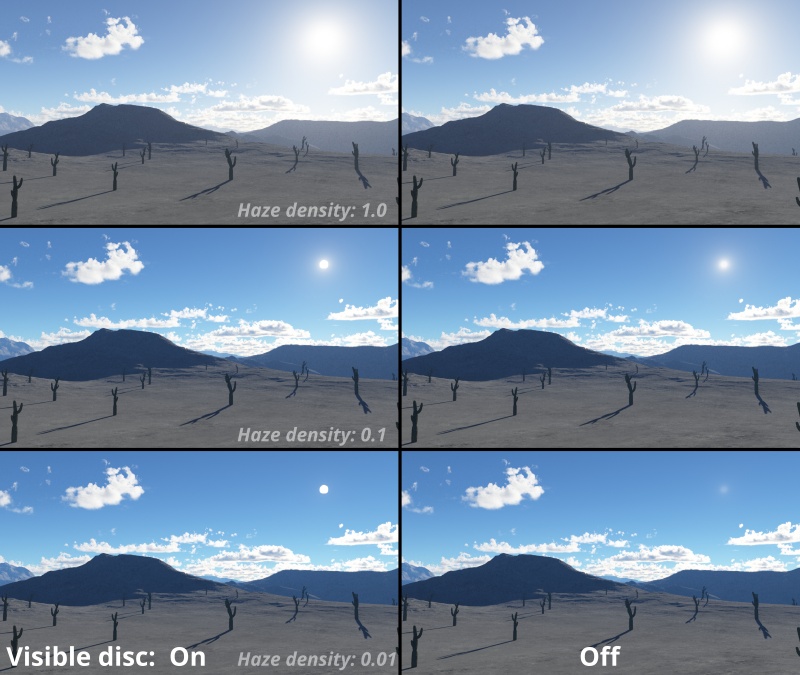