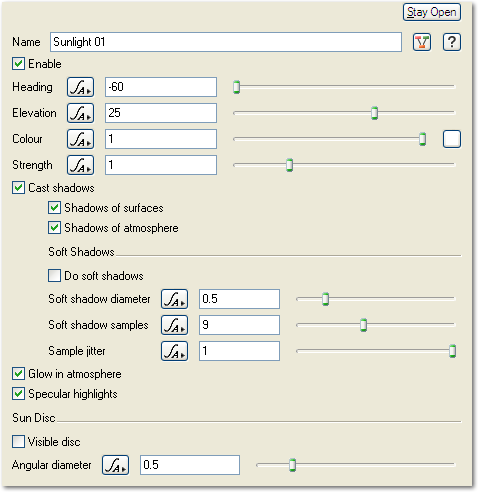 Node Description and Purpose:
The Sunlight node is the main way of lighting your scene. It basically puts a sun in the sky. You can create as many suns as you like.