Difference between revisions of "TGO Reader" 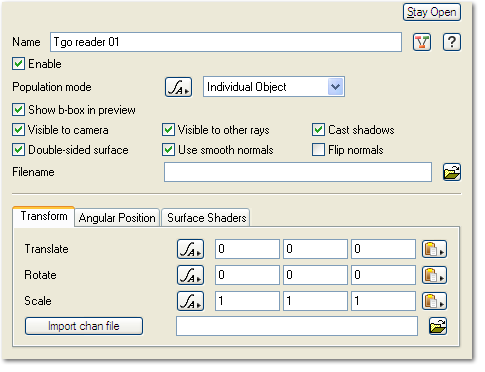 
The TGO Reader loads an object from a TGO file. TGO is Terragen's native object format, which allows the saving of Terragen-specific information such as internal surfacing networks, in addition to normal object settings. TGO is a Terragen-specific file format and is generally not supported in other applications. TGO Objects can be moved (translated), rotated, and scaled on the Transform tab. The Surface Shaders tab allows you to specify the surface shaders that will be applied to the object.