I'm trying to do here a FRACTAL DISPLACEMENT into a IMPORTED OBJECT.
:o

( But i just canot Make it ... Seams that is something that is just Way beyond my leage )

Here is a Test file for yu guys to see what i mean :

In this file / there is 2 Balls

- One of a STandart Terragen Primitive
- And another Imported

WHat i want to achieve is the exact Fractal Displacemnt i can in the primitive
/ in the imported geometry ... But its reaaly dificult.

Is there Anyone that could help me in this please.

Here is the Terragen file :

- I posted in file sharing section / cause i'm gona share here All my terragen File tests
- So yu all can help Please !

And i hope this can help some others that having same problem ... 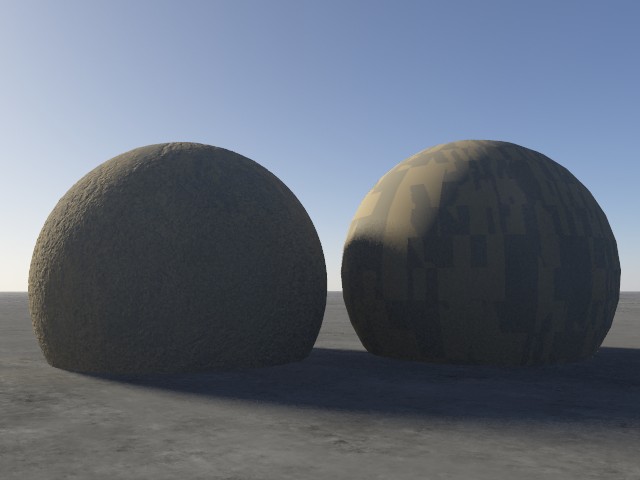 
I had figured out some Answers by myself. ...

Maibe there is some more to it ...
But on test & trial i found out 3 Base requirements
for Fractal displacemnt on ( a simple way )  to work in Imported geometries ...

- First Thing
-- Imported objects - Dont Acept external functions to be Conected ...
--- One must go to Inside the object ( Internal network ) And conect Nodes there For the Displacemnt work

So doing this here :

(NOTE:
- That Terragen PRimitives Otherway they do displacemnt with External ( Not inside network ) nodes ..
- But imported geometrys they do not ...

BUT THERE IS ANOTHER THING !

( wich is by default Distort by normal is  "Off" )

Without the ( distort by normal ) be on A powerfractal does not do DIsplacing on External geometrys ...

But at least found this so far ...

Otherwise displacement will not work ....


MAN it was such a DRAG to found out this on my own took nearly 4 hours just to discover this 3 things and gone crazy testing all settings and possibilities till found out this ....

Terragen could reaaly go more easy on us ...
( Points at Terra  developers ) xD

Hope the INFO its Usefull for anyone having similar problems ...

Below The File with DIsplacemnt On a Simple Way working ...

This was just my advances ...

There is alot to do still to be able to make a full network of displacemnt nodes
to act "near same way" in imported geometrys as in Terragen primitives
...

I think Its not actualy impossible then !

WHat yu guys Have to say !?

DOWNLOAD IMPROVE THE FILE AND SEND BACK AGAIN WITH YOUR IMPROVMENTS PLEASE !

I will be sharing my experiences / also in this "very important" matter i think ...

THANK YU SO MUCH ! 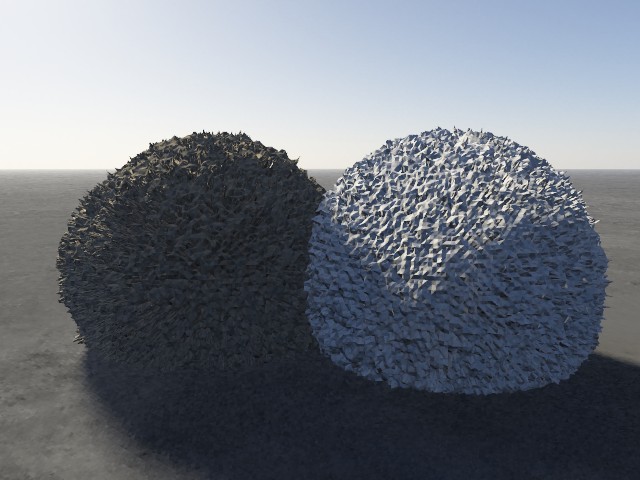 NOW ANOTHER AND MORE ADVANCED CHALENGE !!

This Is a imported OBJ Landscape ...

LETS TRY TO DISPLACE AND DETAIL THIS IMPORTED OBJ LANDSCAPE WITH TERRAGEN FRACTALS !

Anyone up to the chalenge !?

ANY WIZARD OUTHERE WANT TO TRY TO DISPLACE WITH FRACTALS IT !?

Anyone that would be able to help this ? Please ... 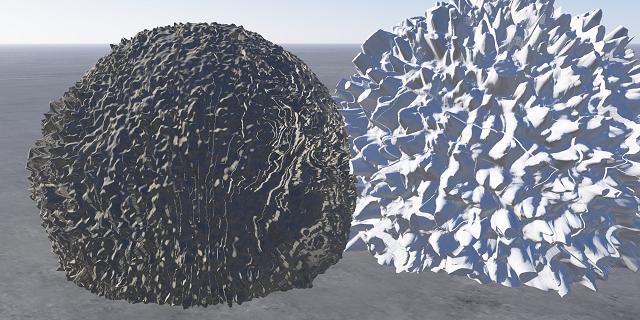 Your object does get displacement ! Maybe you didn't put high enough numbers in the settings.

See the "displacement_01" image:
The "Displacement" tab on the "Power fractal shader" you put on the "Material_25 shader(default shader)" doesn't have any effect as you see on the object.
The very big "Displacement amplitude" number is from one of these tests.
It does have no effect in such objects . Very high numbers do not change this so far i know .
You have to use the "Material_25 shader(default shader)"'s  "Displacement multiplier" setting to get more displacement.
And you have to use the micro render of TG2 to get more-real displacement from your object.
So if you want something like this  "Ray trace objects"  should not be used in the render node.
But it depends on what you want of course.

See the "displacement_02" image for the render with this setting enabled . 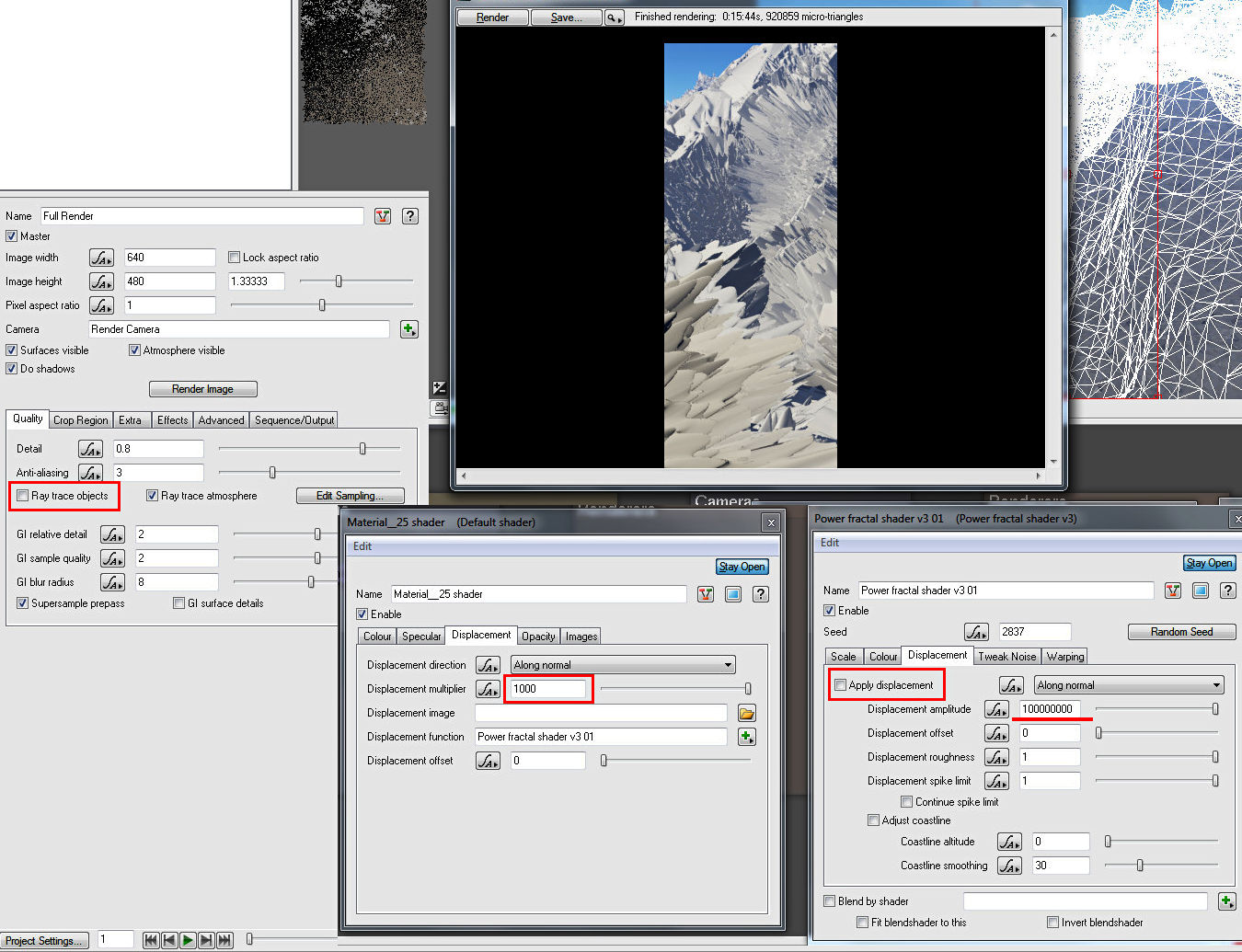 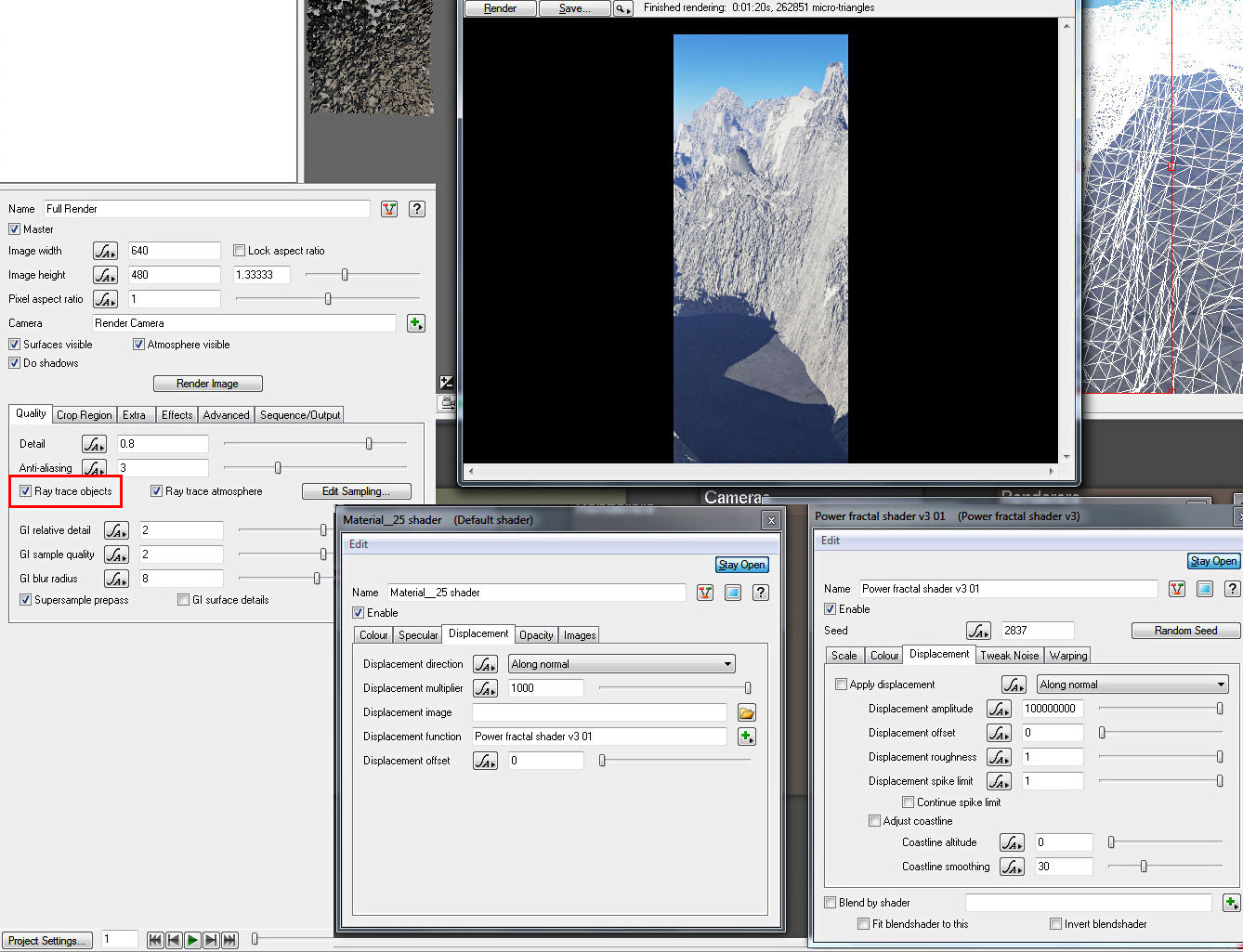 KADRI! MAN thanks so much !!

I was goying crazy / and yo tips saved me right there !

( So basicaly thats it: )
- We just need to turn off raytrace objects for Displacemnt of Imported objects to work.
- And keep an eye to the size of displacemnts / acording the scene size KM and work with biguer values ... if its a imported obj landscape like this

( Some also very important stuff )
- Making sure Imported object NORMALS are ok ...
- And make sure that Imported object doesnt got UNWELDED Parts / vertices ... Otherwise the geometry will explode with displacemnt .
- Also keep an eye as imported geometry polygon count / influences The amount of displacemnt ocours .. ( a higher polygon gets more displacemnt even with lower values ... )

- Also when Copy pasting displacemnt nodes / outside to inside the obj node...
We have to be carefull cause sometimes for displacemnt to work we need to import the whoole obj in another obj reader to get all everything conected again ...

- I made some Displacing functions for imported landscape obj
and attached in the source files provided in this post !

And Yu know Peeps !! this is AMAZING !
- Expecialy because we can Therefore Export from terragen Landscape as OBj
- And  ReMODEL Landscape Parts / in ZBRUSH / 3DCOAT / Acropora / Incendia / Sculptris...
- And still Import very high "whoole custom modeled terrain meshes" And still displace it and add infinite Micropolygon details to it !


AND SOME SOURCE FILE !
For yu all wounderfull people work this out and improve it even further !


WANA SEE WHAT YU TERRA WIZARD GUYS CAN DO WITH IT !

No !
You get displacement with it in OFF mode too!
This is for getting warp effect (in the normal directions) . If you want this , enable it .

No!
You will get displacements with OFF too.
But if you need smoothing in your object you will get to enable this too .

Well kinda!  :)
This is not as you expect it in the other Ray tracers.
I thought about this too a while ago .
I was going to post some test images but thought there is no need for this (the below ones are mostly from these tests).

Basically TG2 is quite a beast really!
You can import a basic plane with only 2 faces or one with 100 000 and the end render will be nearly identical as you can see in the first 4 images below.
The problem will only be important in the edges.
If your objects doesn't displace in the way you think it should , it may be this , like in the "low poly cube" and "high poly cube" renders.
If so, then you should use more faces-polys in your object.
Look at the test renders below.

I am not sure what you mean here , RPGSI ?
"Power fractal" or the image maps that i used for the objects in my test are "standard terrains Displacements" that we use in TG2 !


Objects as landscapes can be useful ! There are many possibilities in objects.
But don't forget that you can not use some functionalities like object population on imported objects for now.
This is the main reason you don't see mostly such images here (landscapes from objects).
Maybe in the future ! This is Planetside's territory!
And TG2 has it own strengths in this way with its standard functions and micro render .

There is no right or wrong in using them of course. The quality of the image is what it counts!

Thanks for the files RPGSI , but this thread would be better in the TG2 discussion section maybe . Anyway :) 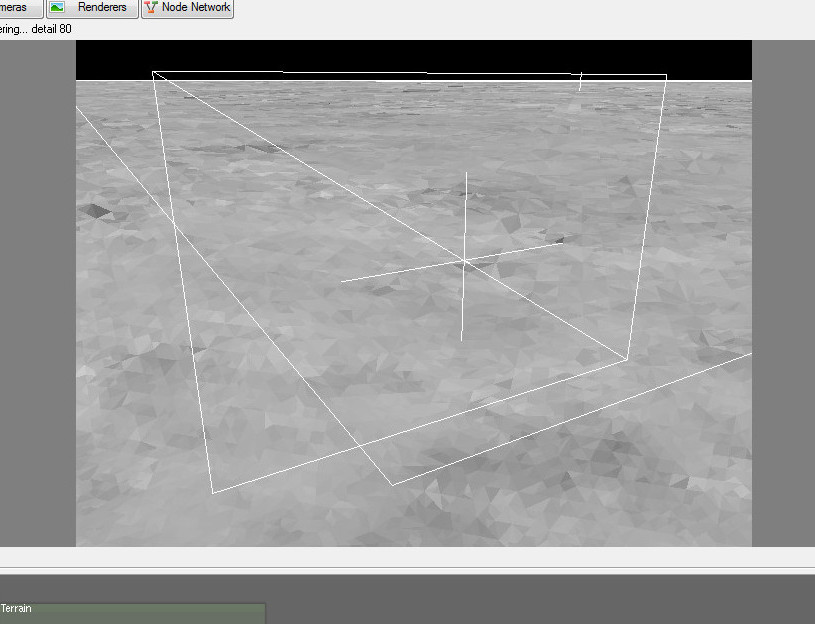 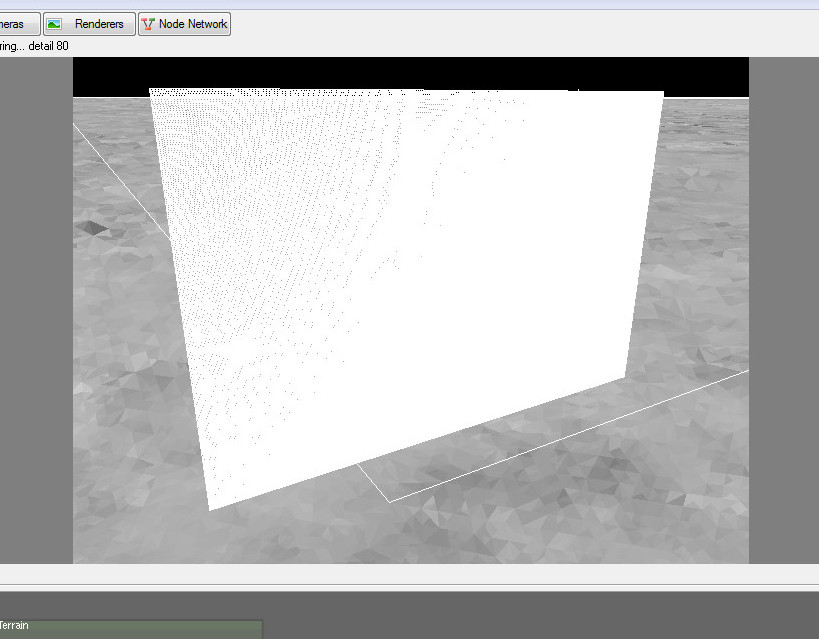 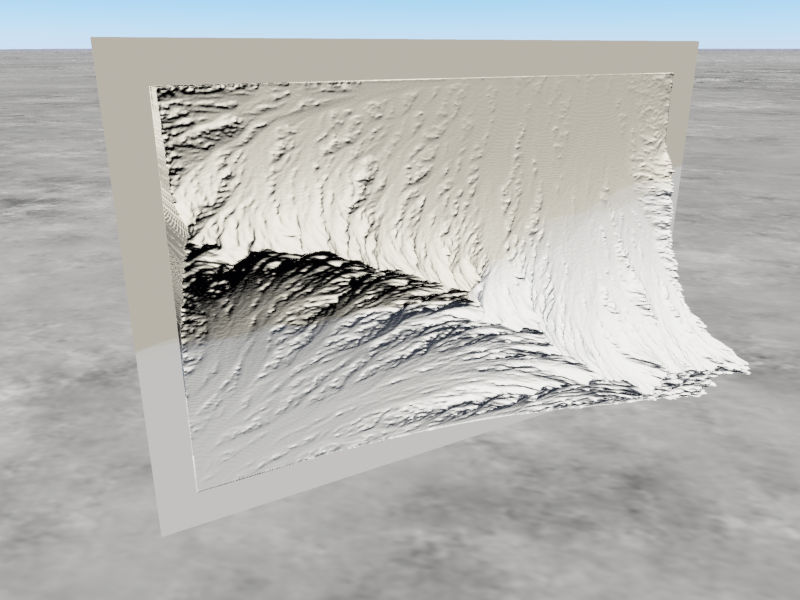 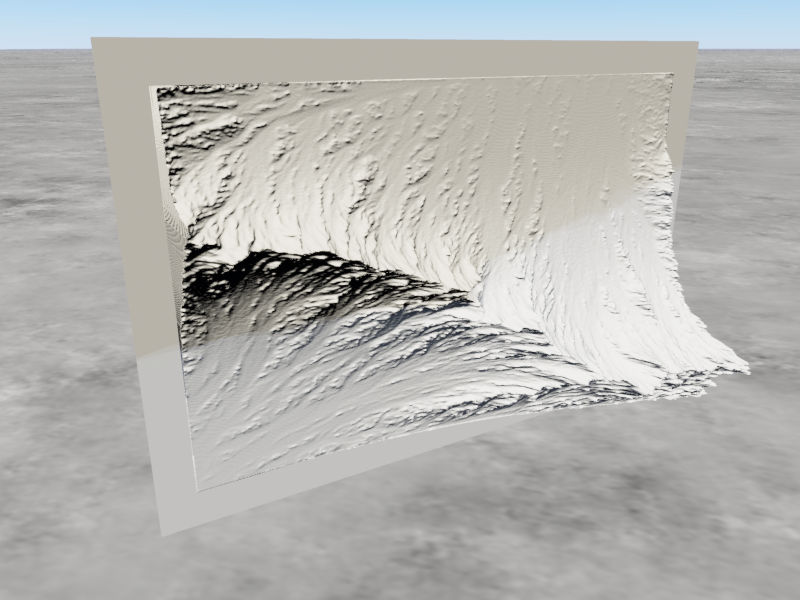 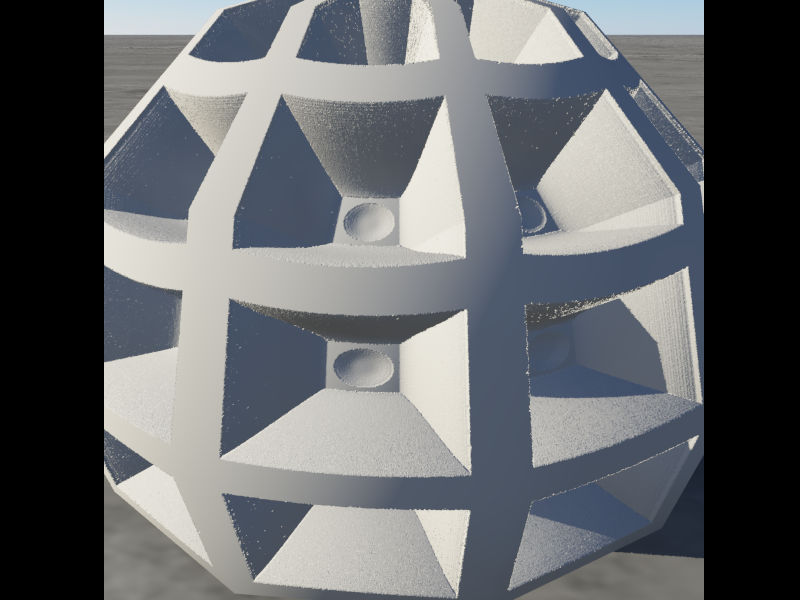 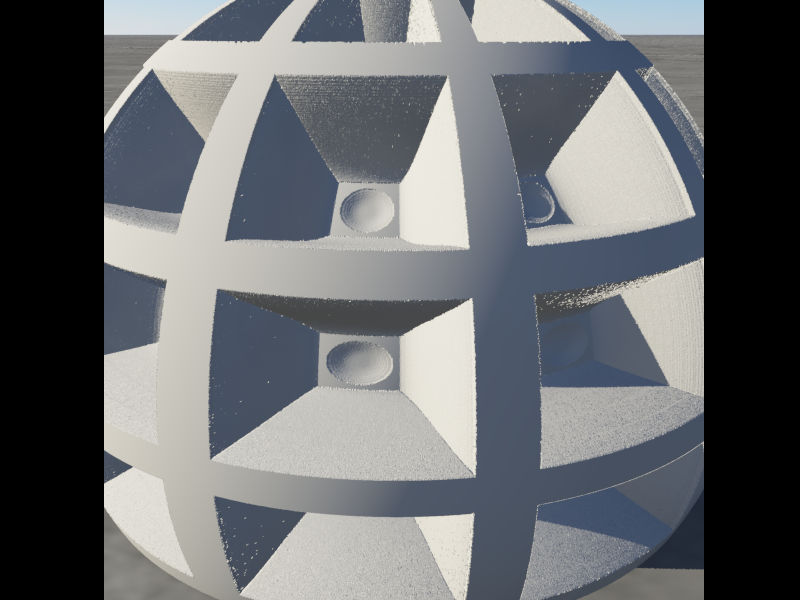 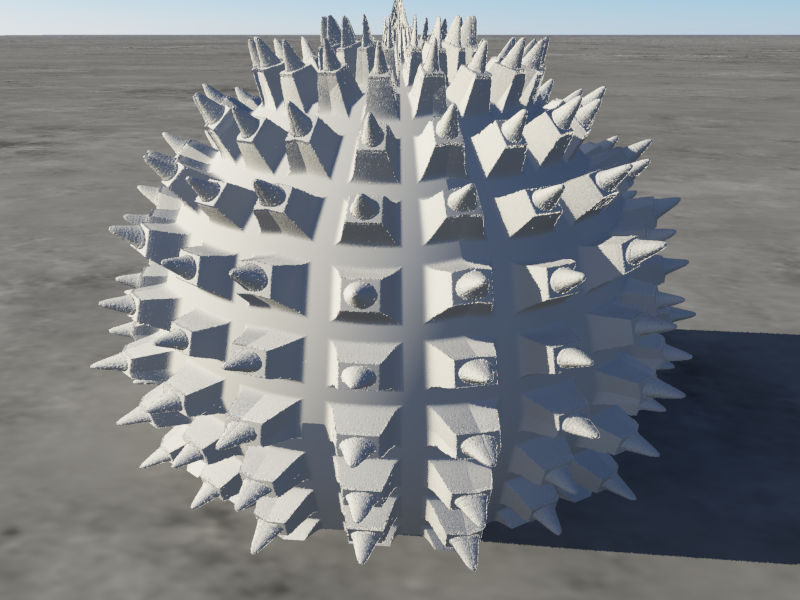 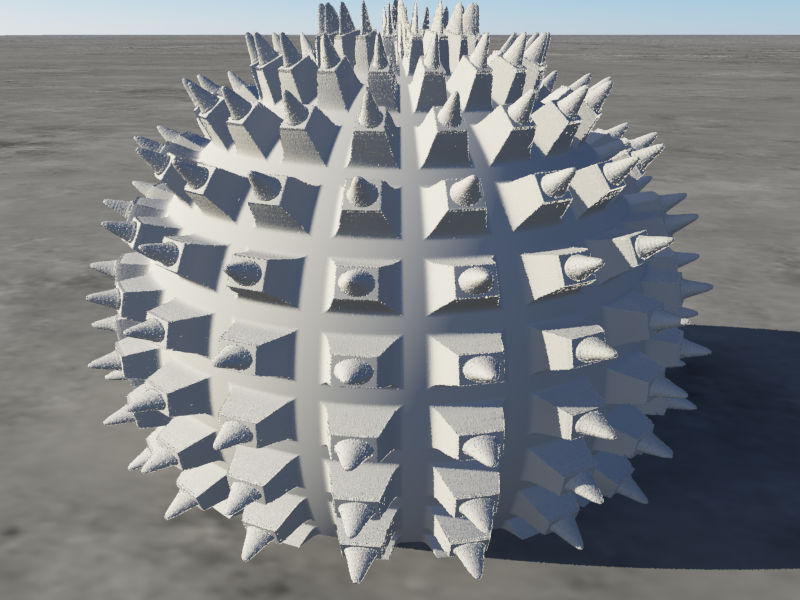 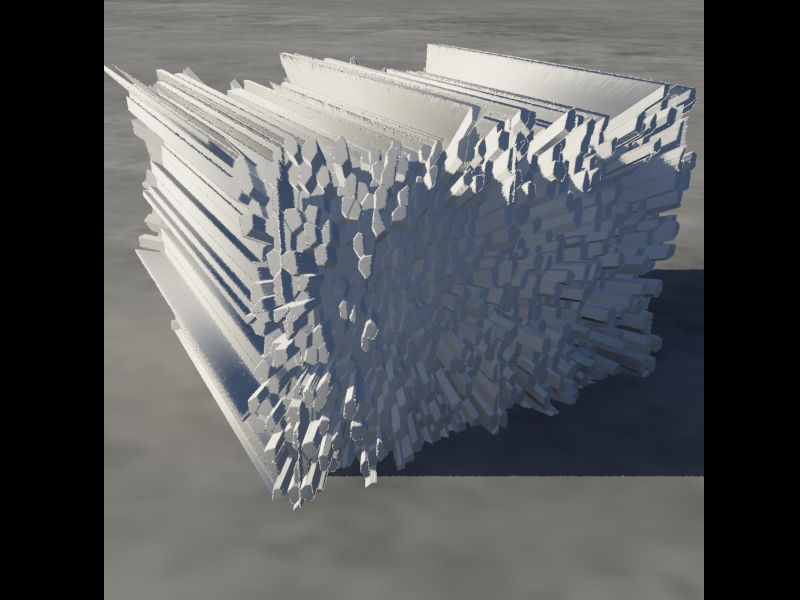 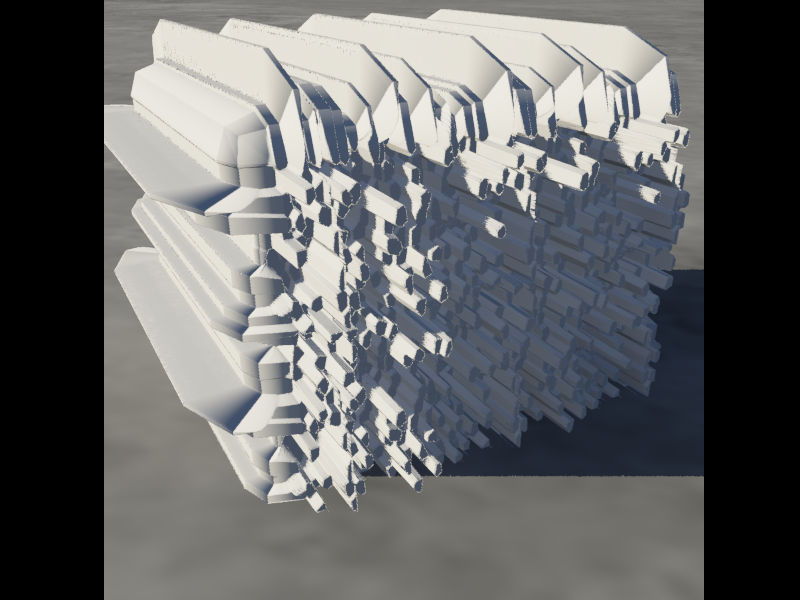 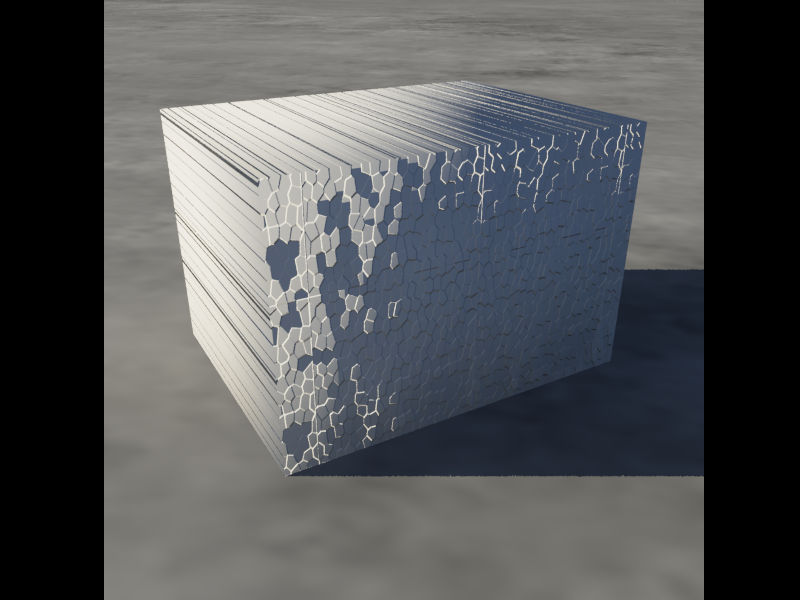 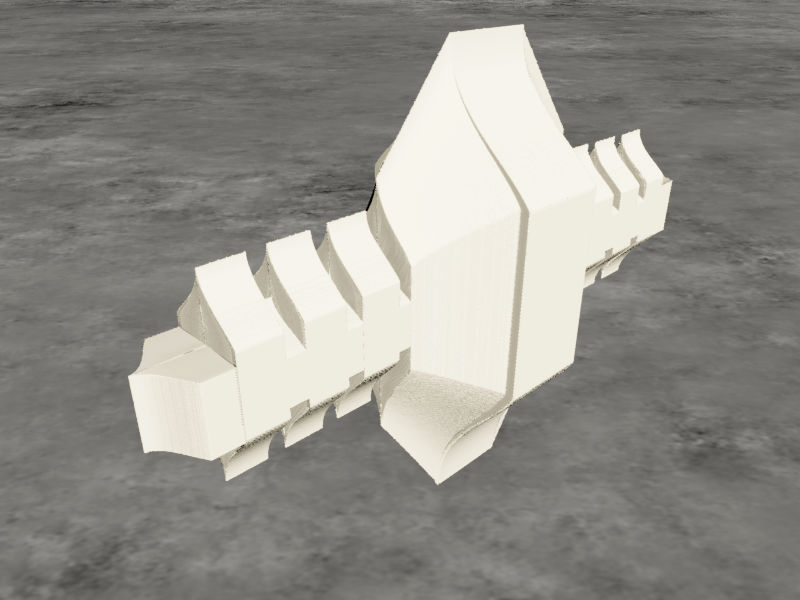 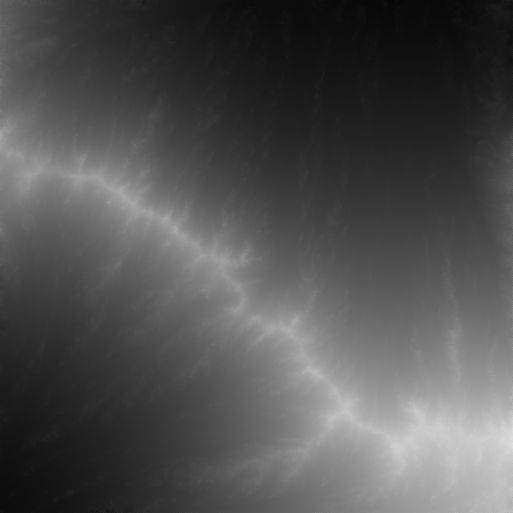 Thanks for the usefull wounderfull insights!

Please Kadry can you post all those Terragen Files experiences yu posted in images so far in this tread !?

THANK YU DEEPLY SO MUCH!

These were not to be used again . Only tests. So i didn't saved them.
I have only the images. And they are the same you see above . Sorry!
But really there isn't anything remotely special about them.
Only tests on high and low poly ball ,cube and plane objects with image map displacements.
I think you have the same knowledge to easily do the same tests and much more :)
Title: Re: Fractal Displacement in Imported Objects
Post by: RPGSI on May 08, 2011, 07:07:21 pm
Hum hum ...

I was woundering about those nodes & functions network.

Seams very cool what yu did with the ball and all the rest!

BTW THANK YU SO MUCH FOR ALL THE HELP AND CONTRIBUTION / AND INTERACTION SO FAR !

There is so much to learn about TERRAGEN ...

BAsicaly all the stuff i know and can do so far are tests i'v been doing over all the files Shared here in the File sharing Section ...

So as iv seen that there is no much info or files shared on this "procedural displacemnt over standart imported geometrys" I tought then about this tread.

- I REAALY THINK THAT TERRAGEN DEVELOPERS SHOULD WORKOUT THE POPULATIONS ABOVE IMPORTED GEOMETRYS NORMALS WITH VECTOR DISPLACEMNT / AND DO EXACT SAME VECTOR UNLIMITED DISPLACEMENT WORKFLOW FEATURES TO IMPORTED OBJS AS IN COMMON TERRAINS.

Is very Important that ...

All driven by Fractals ...

BUT ON IMPORTED OBJECTS ALSO ! AND WITH POPULATIONS SITTING ABOVE ITS NORMALS !! ALSO ...

WOuld be a dream if we could have the extra features to Aply to Any kind of Geometry ... Imported or not.

And even making Populations Sitting on Computed Geometry normals above that ...

And why not even go into the DOmain of 3D Mandelbrot Into terragen Surfaces with it ...

Its very Important and Other Softwares are hEading that way ...

Latest Vue 9 is having Already those kind of features ...
WIth their new "Hiperblobs" Tecnology ...
http://www.quadspinner.com/tech.aspx
http://www.renderosity.com/mod/forumpro/showthread.php?thread_id=2815827

One can Already Populate Make Populations above those hyperblobs..
( volumetricaly Carved / displaced material Baked Geometry )
And have a Volumetricaly infinite Fractal detail driven out of it ...

But the thing is that we in vue 9 "still" canot aply that Hyperblob
With Ecosistems above it tecnique to "Imported objects"
Just to comon Primitives geometrys. WIch is bad ...

We can aply Hyper materials in vue ... To imported Objects wich is alot like Mojo ...
But Then we canot make POPULATIONS above those results ...
We just can do that With new Hyperblobs But on Primitive Geometrys JUST !

- One could do in TERRAGEN A Similar thing ...

The idea was very cool !

But the fact of Terragen not be able to do Populations Above / displaced imported objects just killed my Idea ....

I HOPE AT LEAST TERRAGEN DEVELOPERS WATCH THIS TREAD AND GET THE IMPORTANCE OF IT !
For next Steps in Terragen Development ...

And also to keep it alitle bit more up to status with the competition ...
Heck even Bryce & Carrara & Vue & Mojo Have Hypermaterials Tipe .

Its a reaaly needed thing for TERRAGEN for developers Get a Workaround that ...

Hope The thread here it was a help in it somehow ..

THANKS SO MUCH EVERYONE !
FOR ALL YOUR TERRAGEN FILES CONTRIBUTIONS!
AND ALL TERA ENTUSIASM  !