Difference between revisions of "Add Scalar"

The Add Scalar node adds two scalars together. It wants the incoming data to be scalars, but it will convert colours and vectors to scalars if necessary.

In the example image below, the Add Scalar node simply adds the scalar values from the nodes assigned to it. 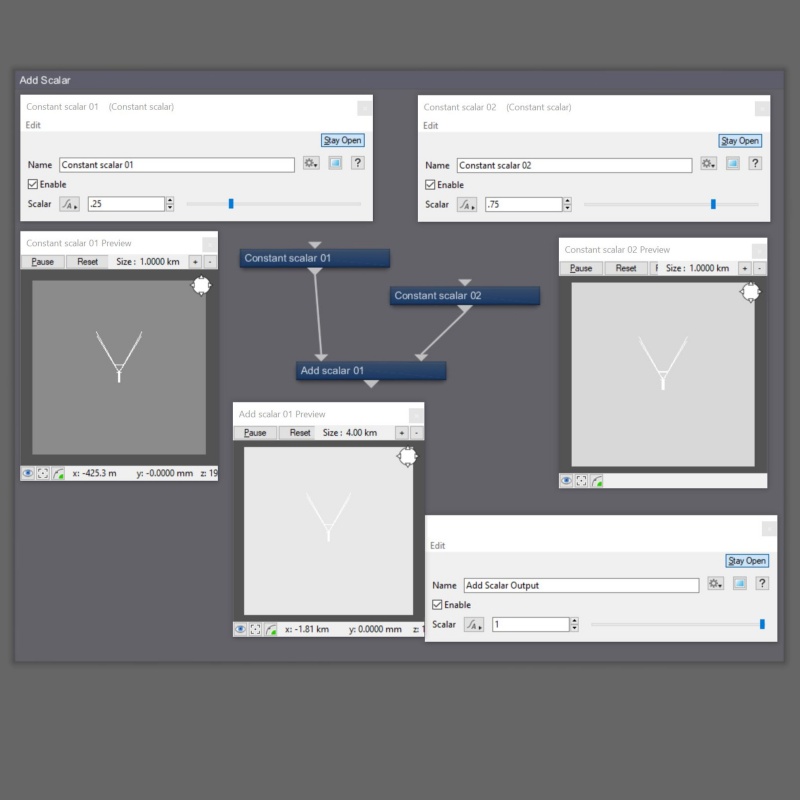 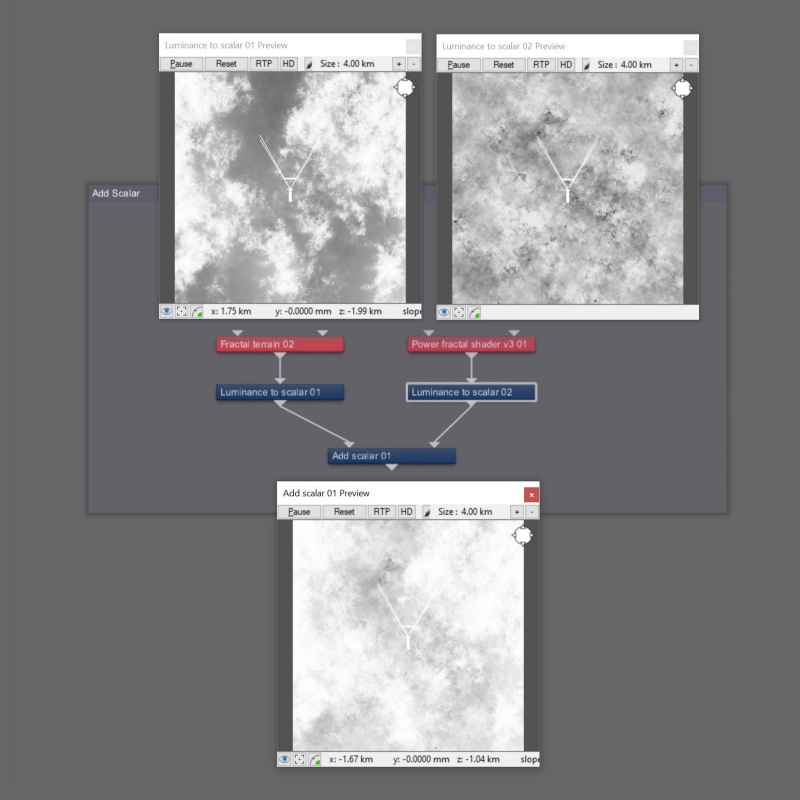 The Add Scalar node will automatically convert non-scalar data to scalar before adding them together as described above. Only scalar data is recognized and any displacement data a shader provides is ignored and not passed through. In the example below, the colour values from both Power fractal shaders are converted to scalar data and the displacement data discarded. Only scalar values are output by the Add Scalar node. 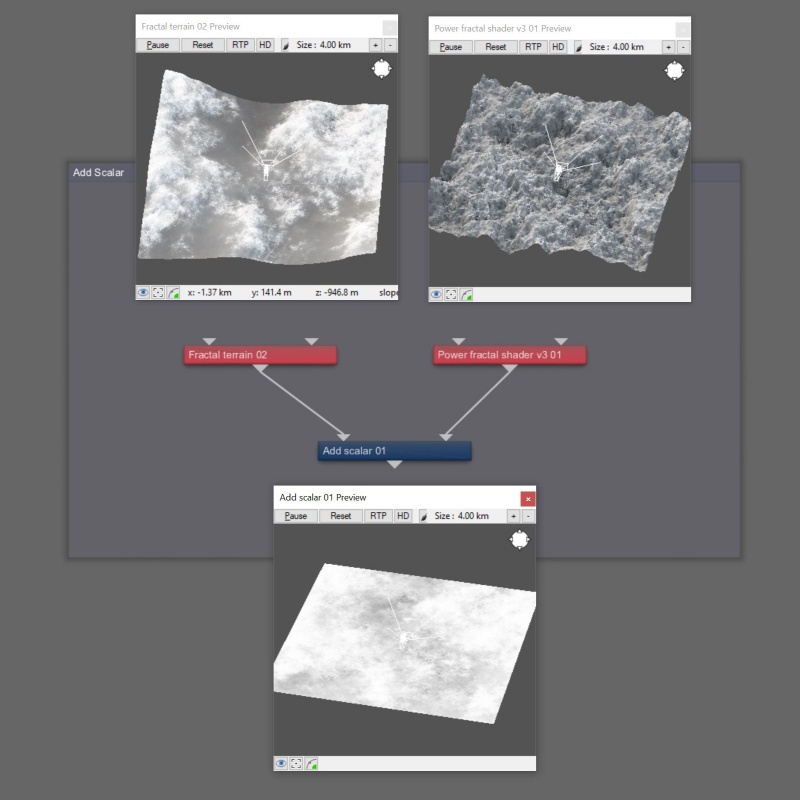 When Input 2 is unassigned, the Main Input’s component values are passed through, first converting them to scalar if necessary. 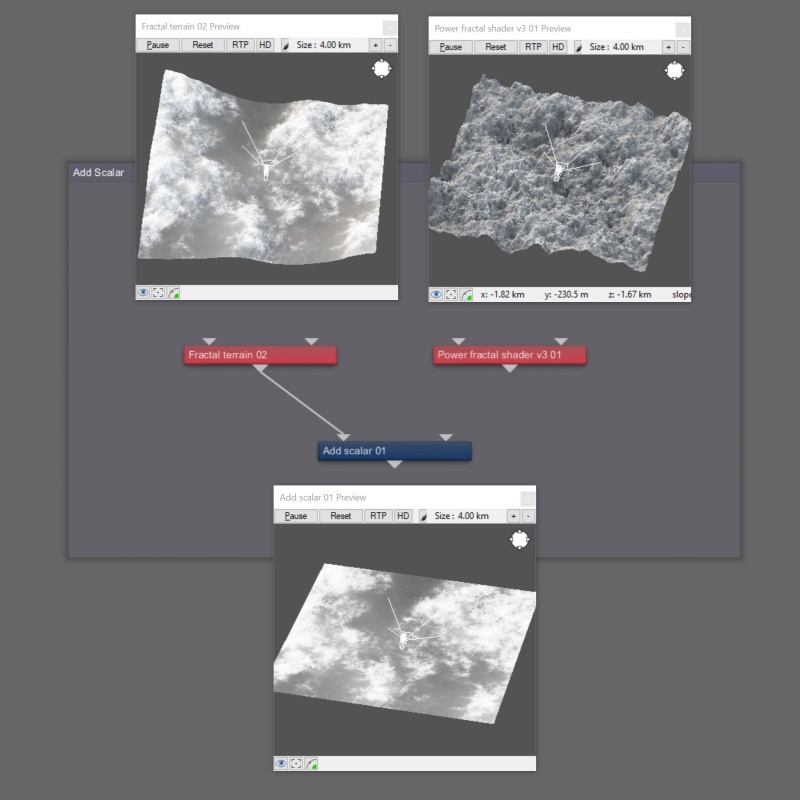 When the Main Input is unassigned, the value zero (black) is passed through. 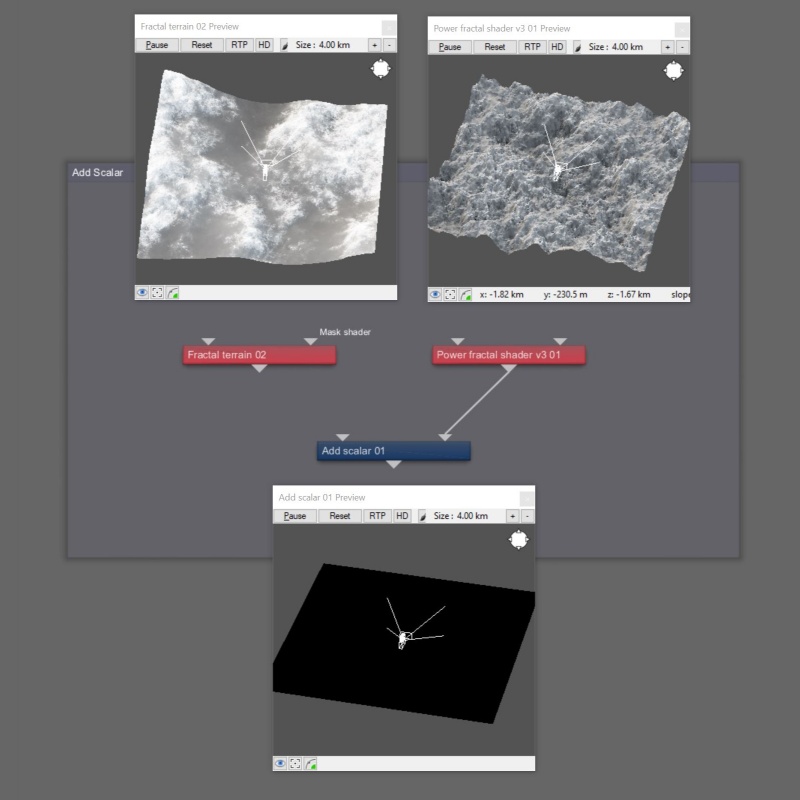 When colour sources are assigned to the Main Input or Input 2, the colour’s luminance value is used as described above. Only scalar data is output.

When vector sources are assigned to the Main Input or Input 2, the node produces a scalar value based on the length of the vector as described above. Only scalar data is output. 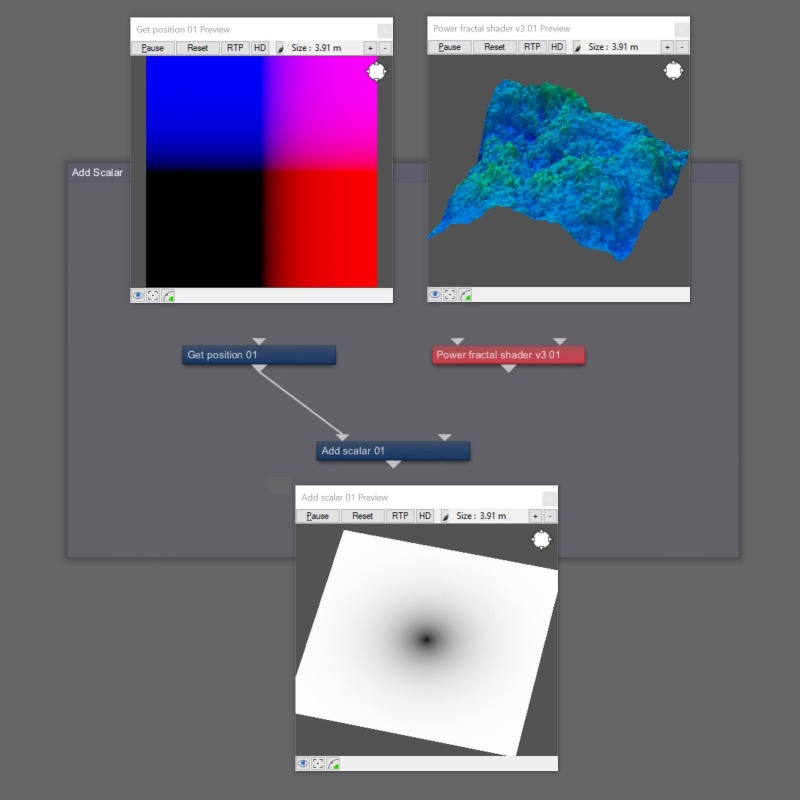