The Divide family of nodes safely handles “division by zero”, which is an invalid operation. In the case of division by zero the node will divide the value by epsilon, which is a very small number greater than zero. This results in a very large valid number output from the node and ensures that your node network will continue to work. If this was not handled by the nodes, the result might be an invalid number, causing problems in the rest of the node network, or the application might even crash.

In the graphs below, you can see the mathematical effect of the Divide family of nodes on a given value from the Main Input. When the value assigned to Input 2 is: 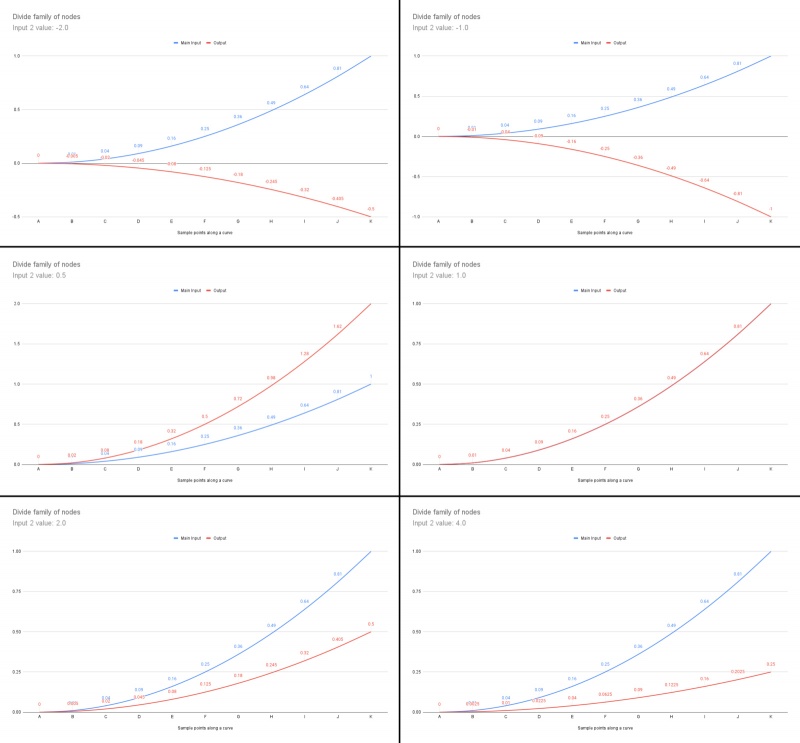 A natural use of the Divide Vector node would be to provide a way to scale a feature when a scale-type parameter is not available. For example, the Sin Scalar node has only a Main Input. In the example below, by inserting a Divide Vector node between it and the Get Position in Texture node, the scale of the Sin can be adjusted.

All nodes in this family have only one setting, which lets you assign a shader or function nodes for Input 2.