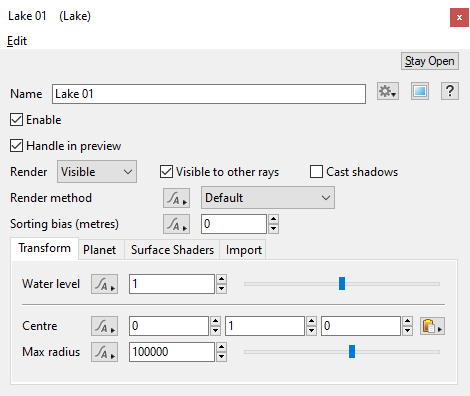 The Lake object provides a convenient way to add an area of water to your project. It does this by creating a disc with curvature that matches the default planet, and applies a Water shader to it. While the Lake object is the primary water object in Terragen, it is not the only way to represent water. The Water Shader is what gives the Lake object the appearance of water and you can apply the shader to other objects as well to give them a water-like appearance.