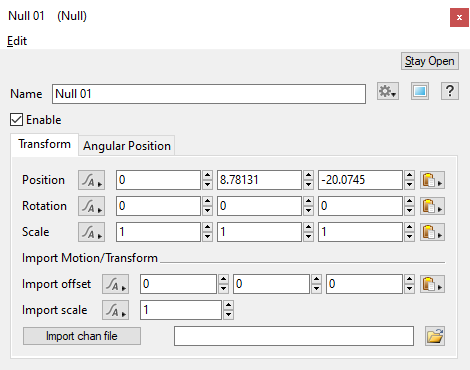 The Null node creates a special object in your scene referred to as a “null object”. Null objects are useful as placeholders or for storing data in their channels, and although its channels can store animated keyframe values, only the X,Y,Z Position channels found under the Transform Tab, and the Heading, Elevation, Distance channels found under the Angular Position Tab, have an effect on the null object itself.

For example, you can position the null object anywhere in the scene, even animate its Position values, and it will move about the project; however values in the Rotation or Scale settings will have no effect on the null object, and this can also be seen in the 3D Preview, when the null object is selected, as its Rotate and Scale icons are ghosted and can not be selected. 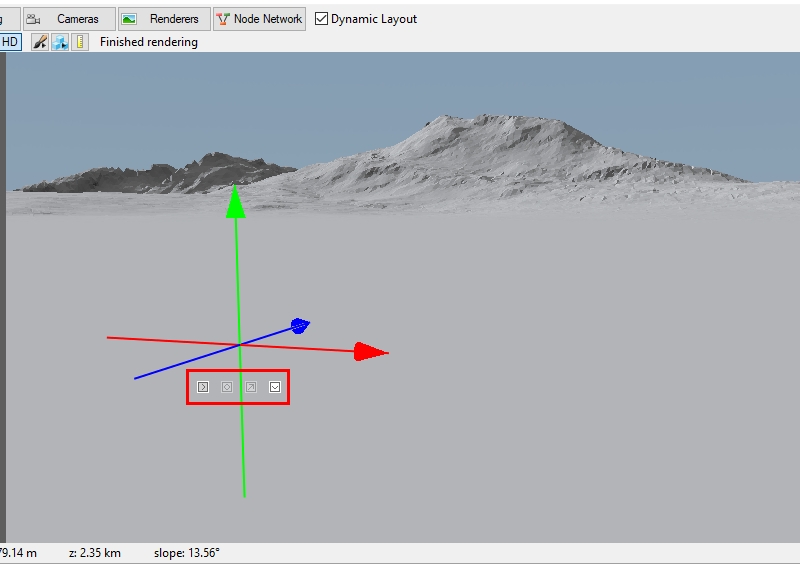 Name: This setting allows you to apply a descriptive name to the node, which can be helpful when using multiple Null nodes in a project. 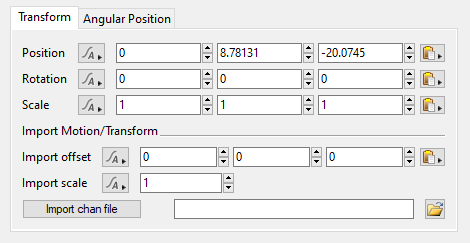 These settings apply to .chan/.mov and FBX import 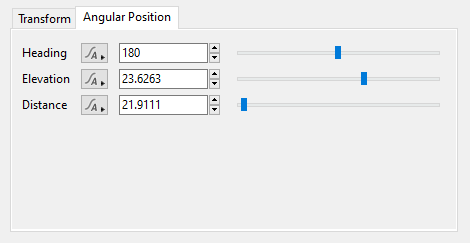 This tab has settings which use angles and distance to set the position of the Null object relative to the scene origin. These settings are an alternative to using the Position setting in the Transform tab. The diagram below shows how all the parameters relate to each other and the origin.