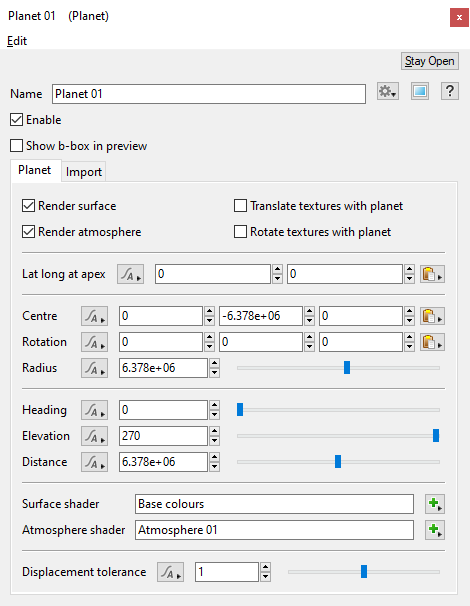 The Planet object is the basis for most scenes in Terragen. It consists of the terrain geometry, surface attributes, and the atmosphere created around it. When a new Planet node is added to a project, a Power Fractal Shader v3 node is assigned to its Surface shader, and a Planet Atmosphere node is assigned to its Atmosphere shader, within its internal node network. Although Terragen can zoom from all the way out in space to a very close-up position on the planet surface, we recommend that if you’re creating project with a localized scale, as opposed to a planetary scale, that you create the scene around the origin of the planet, which is effectively the North Pole by default. As you move long distances from the origin, the coordinates begin to lose accuracy and you might start to see things you're not expecting. For example, if you want to model a real world location, such as the South Island of New Zealand, it’s actually not a good idea to put that geometry in the same place it would exist in the real world. Rather, the geometry that makes up the South Island of New Zealand should be positioned at the North Pole. Designing your project around the origin helps to ensure the accuracy of your scene. Terragen makes it easy to shift georeferenced data to the origin of the project, by entering the latitude and longitude coordinates in the Planet origin settings. It’s a bit like spinning the whole planet around so that the area you’re interested in ends up at the North Pole.

You can have multiple planets in a project. For example, to create the Moon you can add a new Planet object, then position and size it appropriately. Here are the sizes of the heavenly bodies in our solar system: 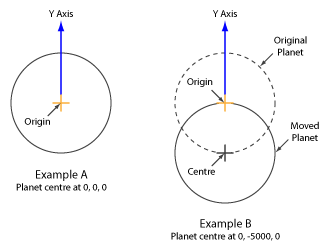 The easiest way to change the radius of the default planet, is to set the Radius parameter to the desired value then copy and paste that value into the Centre Y coordinate and make it negative. 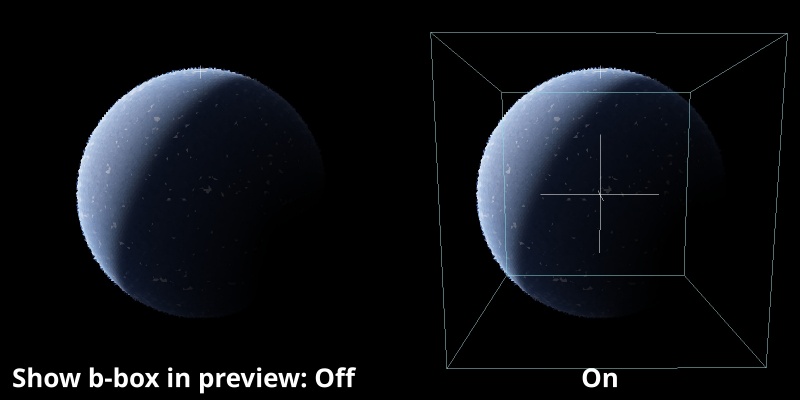 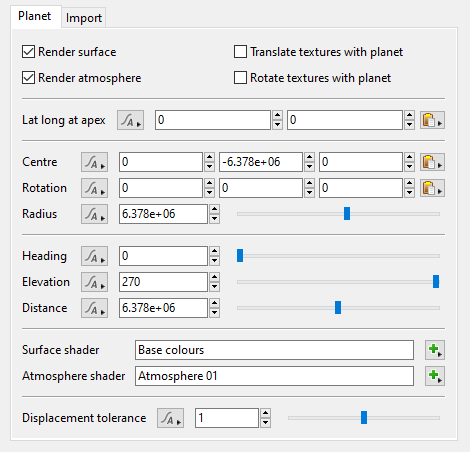 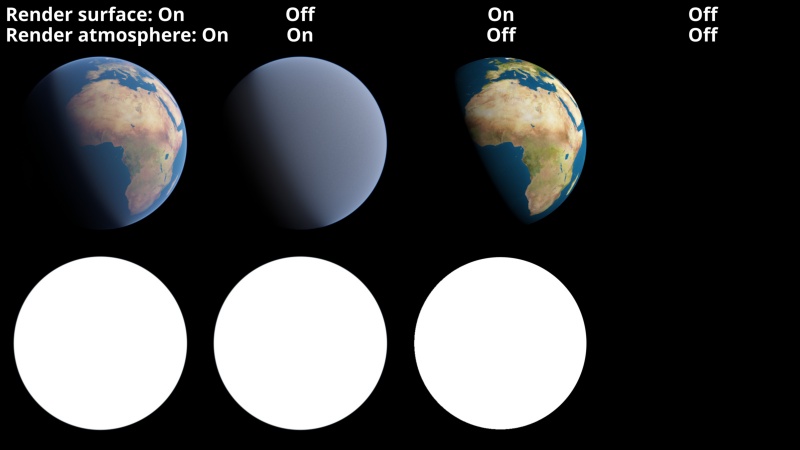 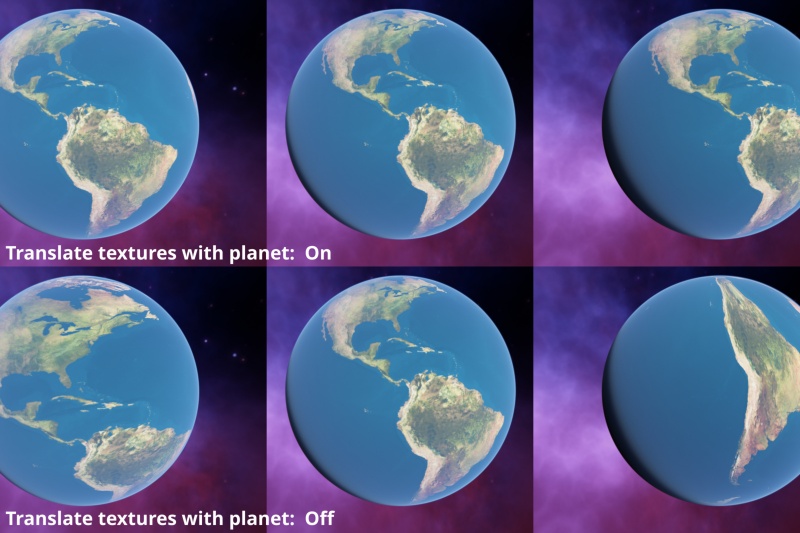 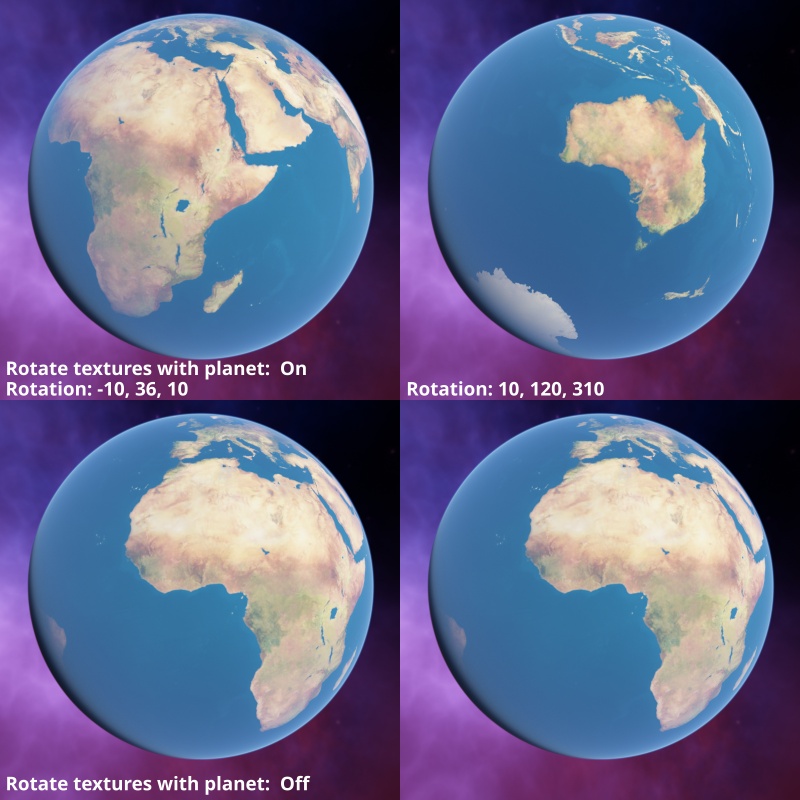 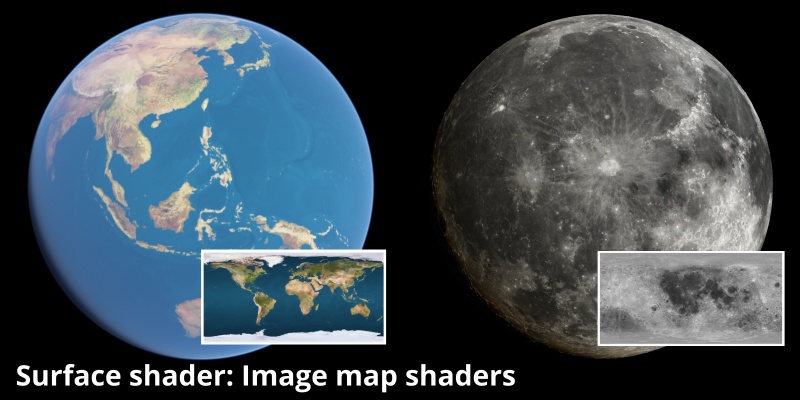 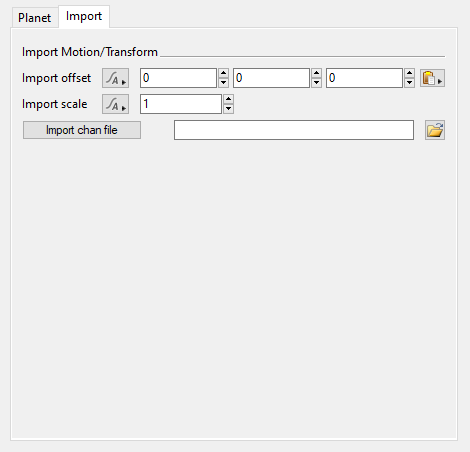