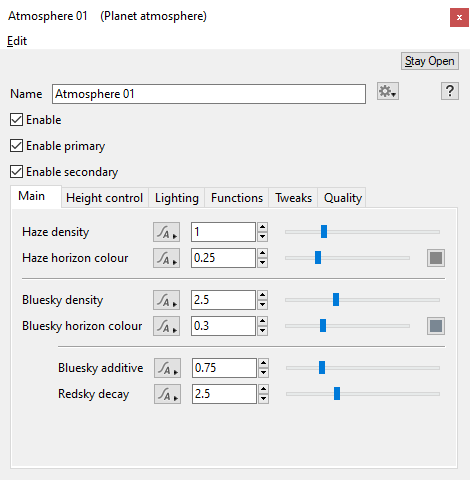 The Planet Atmosphere node provides all the effects of a full planetary atmosphere, including blue sky, the red of sunsets, and distance-enhancing haze. You can control many aspects of the atmosphere to fine-tune or enhance a realistic Earth-like atmosphere, or create completely alien skies. The default scene includes a Planet Atmosphere node. Note that clouds are created separately using the Add Cloud Layer button. 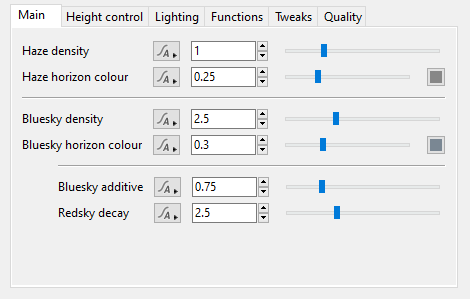 "Haze" in Terragen is used create the appearance of moisture or haze in the atmosphere. It can be used to simulate a broad range of phenomena such as fog, mist, or dry haze caused by dust and smoke.

"Bluesky" in Terragen simulates the Rayleigh scattering phenomenon due to air molecules in the atmosphere, but can also be used to simulate very fine smoke particles. Rayleigh scattering causes the the sky to be blue during daylight and reddens the sun at sunset. It also affects the lighting of the scene and the appearance of distant objects. 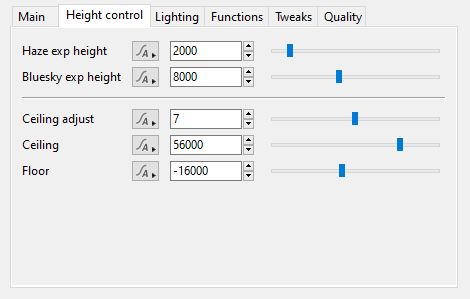 In reality the atmosphere does not stop at any altitude, but continues to get thinner the higher you go, and some molecules can exist hundreds of kilometres up. Terragen sets a limit on how high it calculates the atmosphere, therefore no atmosphere is rendered above the Ceiling value.

Within the atmosphere defined by the Ceiling and Floor values, the relationship between altitude and density is modeled by an exponential falloff. "Exp height" parameters affect the rate of this falloff. If the "exp height" is 8000, this says that at 8000 metres above sea level the density is reduced to 37% of what it is at sea level. And every additional 8000 metres causes a further reduction by the same factor, so at 16000 metres you have 37% x 37% = 14%. This "magic number" of 37% comes from 1/e ~= 0.37. 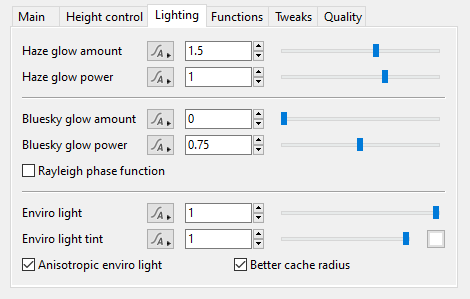 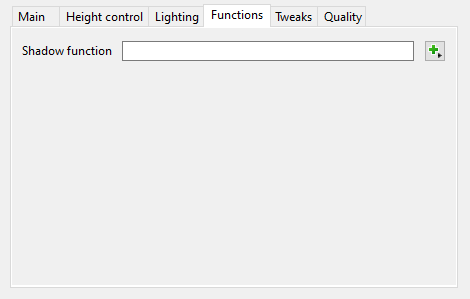 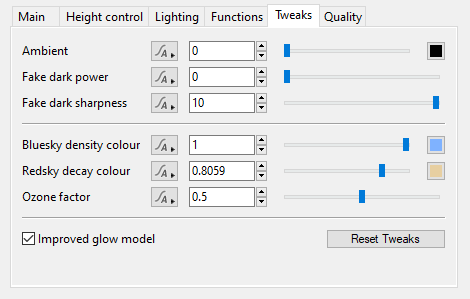 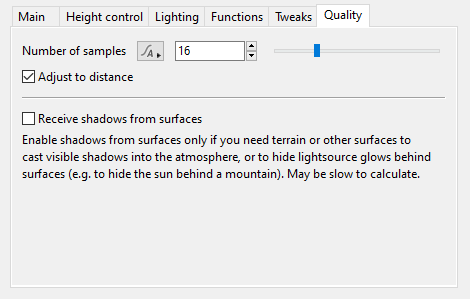