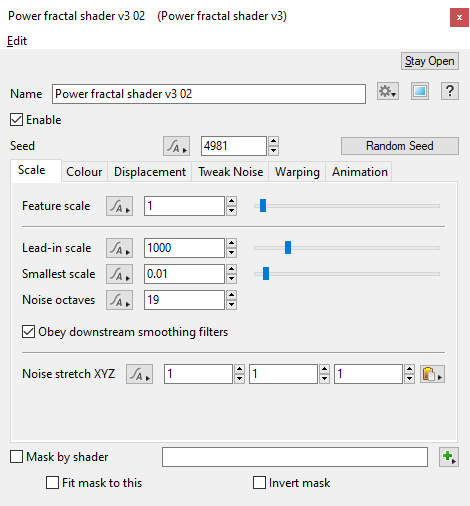 The Power Fractal Shader is one of the most important and fundamental shaders used in Terragen. Based on a choice of fractal formulas, it provides the user with the ability to create and control the distribution and displacement of many functions in any Terragen project. The fractal detail provided by this shader is user-defined and adaptable to any scale required, ranging between the order of magnitude of a tiny grain of sand, up to planetary structures.


Usually, the Power Fractal Shader is sourcing information to other shaders, such as a surface shader or cloud shader, which then interpret the fractal information provided, relative to the functions these other shaders perform.


Scale is measured in texture space, which is not the same as the "tallness" of a feature. For example, you can have a feature scale of 100 km but its features only 10 metres tall.


The default scene contains a Power Fractal Shader which has been renamed "Base Colors". This shader provides color to the planet surface. To be precise, it provides a fractal distribution of colors, ranging from grey to black, at a certain fractal detail, contrast and color roughness. Under its Displacement Tab, the “Apply displacement” checkbox has been disabled so as not to provide additional 3D structure to the planet surface. 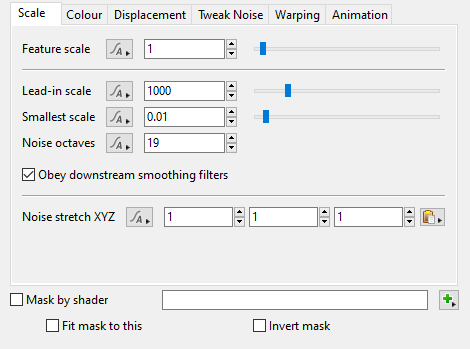 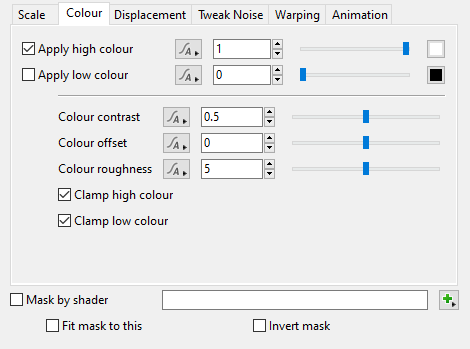 The settings on this tab allow you to tweak the color information generated by the fractal, which in turn impacts the functions or nodes reading the information from this shader.


For example, a Power fractal shader with a colour range from black to white might be assigned to the Colour function parameter of a Surface layer in order to create variations of the colour defined by its Apply colour setting. 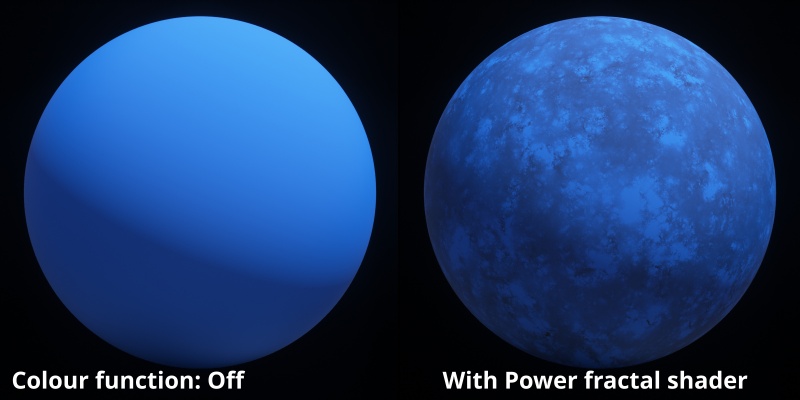 Or, a Power fractal shader might be used to tint a tree population, changing their folliage from green to autumnal colours. 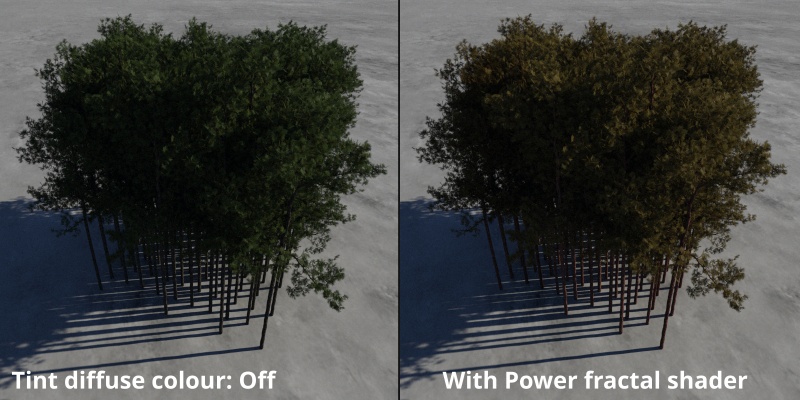 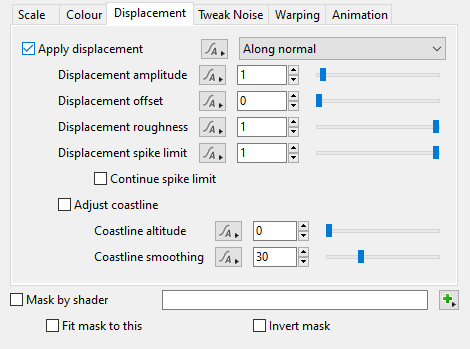 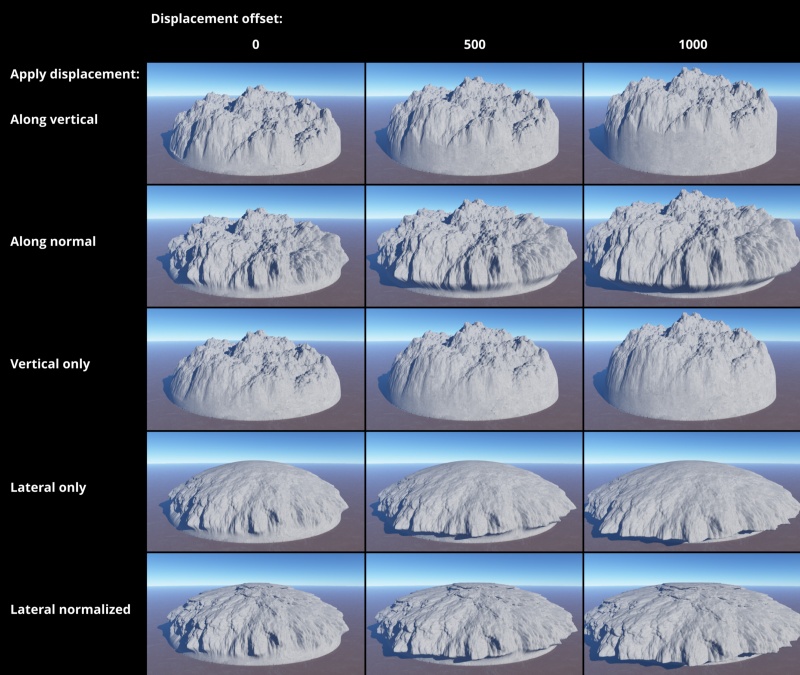 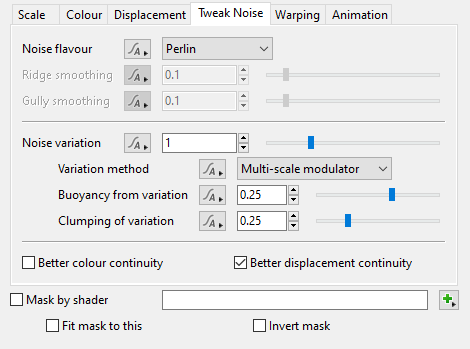 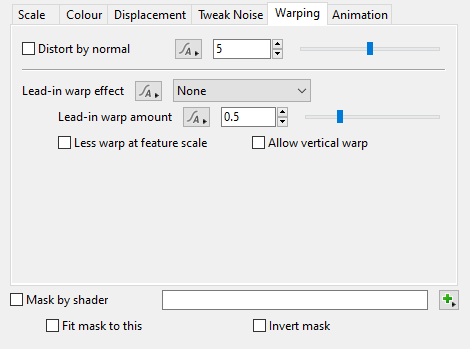 None: Does not warp the internal noise pattern.
1 Octave Perlin Warp: Warps the noise pattern with a single octave noise pattern of the same scale as defined in the Lead-in scale setting under the Scale tab. This introduces large swirl-like patterns to your noise pattern. It affects both the fractal pattern’s colour and displacement. 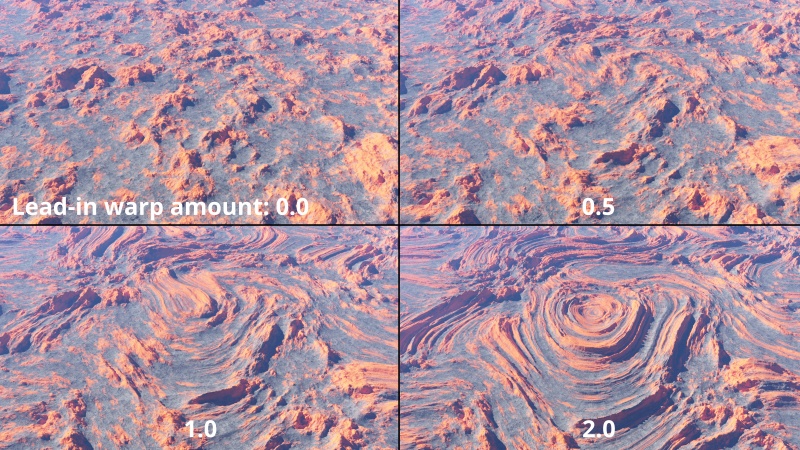 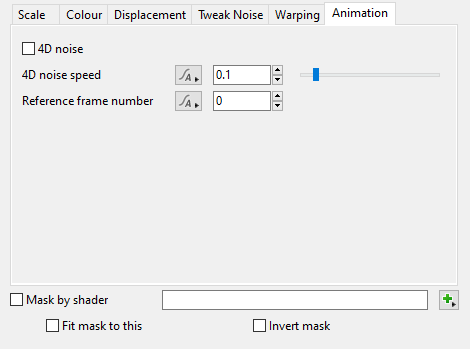