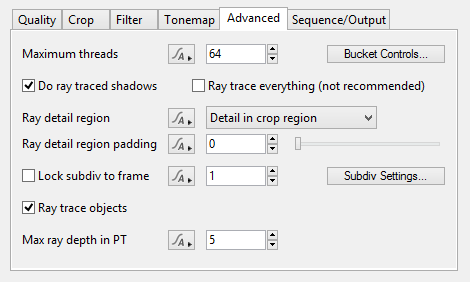 Description
The Advanced Tab holds some advanced settings for managing the rendering process. There are settings related to the number of threads used during a render, certain blocks of memory used during rendering and how some render information is generated.